The latest annual ad blocking survey from IAB UK, conducted by YouGov, shows that the proportion of the population currently using an ad blocker has remained stable since 2016

Currently 23.7% of online adults have ad blocking software installed. While there was an uptick in rates between October 2015 and February 2016 (17.8% to 22.1%), there has not been a significant increase since.

In 2017, IAB UK launched the Gold Standard, requiring certified digital advertisers to improve the online experience for users by adhering to principles laid out by the Coalition for Better Ads. This coincided with a drive from digital publishers to communicate the advertising value exchange with online readers.

Findings from the most recent survey, conducted in February 2020, show that the majority of ad blockers are used on desktops and laptops (21%), yet less than 20% of the time spent online is via these devices, according to UKOM.

The data also shows that while 18-24 year olds remain the age group most likely to block ads, this has fallen significantly since last year, from 37% to 29%.

Commenting on the findings, IAB UK’s CEO Jon Mew said: “It’s encouraging to see that use of ad blockers has remained stable for the past four years. This is testament to the fact that many digital advertisers are now adhering to the Better Ads principles and ensuring that they create a positive, nonintrusive experience for people online.

“However, there is still work to be done and we can’t afford to be complacent. It’s only by encouraging better advertising - both in terms of overall experience and creative - and effectively communicating the value exchange with users, that we can start to drive rates down.” 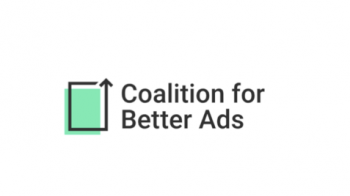