Many people have experimented with voice-activated assistants such as Siri and Cortana since they were first introduced in 2011, but the screen has remained the predominant interface for the devices on which they are found.

Getting Vocal, co-funded with Radioplayer and Global, set out to capture a UK perspective on ownership and usage of screen-less voice-activated devices, explore their impact on radio listening, and consider how brands might adapt to an increasingly voice-activated future.

Adoption of Amazon Echo has been rapid since launch in autumn 2016, with over 9% of UK households owning one or more devices; claimed intent to purchase suggests household penetration of voice-controlled smart devices could hit 40% by early 2018. Eight out of ten owners aim to set up Alexa in-car once the technology becomes available.

Echo is a shared experience for the whole household

Despite requiring users to learn voice-only navigation, Echo already plays a central role in the home and is used by all family members. In single-device households, the predominant location is in a shared space such as the living room, kitchen or dining room, meaning that it is easily accessible for and used by all members of the household.

Once adopted, Echo quickly becomes an important part of the daily routine

The vast majority of owners use Echo regularly – 81% at least once a day or more – with the audio-only output making it a perfect partner for multi-tasking. Reasons for use vary across the day to reflect the user’s needs e.g. functional bite-sized information gathering in the morning to prepare for the day ahead compared to more immersive entertainment-led activities when relaxing in the evening. In households with more than one, additional devices are likely to be found in the bedroom, which is leading to Echo challenging the mobile phone’s dominance as the first and last device used during the day.

The primary reason for purchase is greater access to audio entertainment and this dominates current usage. Listening to radio or on-demand music services is the most widely reported use of Echo with the frictionless experience leading to increased listening for both live radio and on-demand music services such as Spotify and Amazon Prime Music. Despite all of the other functions available, radio dominates listening on Echo accounting for 72% of all Echo time spent with audio entertainment – aided by the improved user experience delivered through the UK Radioplayer skill (i.e. the Amazon Echo equivalent of an app).

Despite the lack of a screen preventing visual advertising, over half of daily Echo users recall hearing advertising on the device, with radio cited as the main – and most natural – source of exposure ahead of other audio services. This highlights how radio’s resilience is reinforced by its adaptability to new technologies, helping to keep it relevant for listeners and advertisers.

As audio-led user-interfaces proliferate and search becomes not just triggered but also delivered by audio, brands will need to develop distinctive brand sound to help them stand out from the crowd. Consistent use of straplines, music, and voice – over time and across different platforms – helps drive brand recognition, likeability and deeper engagement. 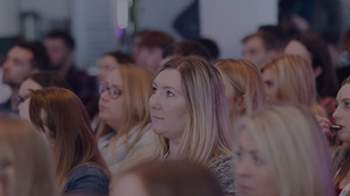