At the 9th edition of its annual Interact conference IAB Europe today announced that online advertising grew 11.6% to a market value of €30.7bn in 2014.

The AdEx Benchmark research – the definitive guide to the state of the European online advertising market – revealed that online advertising achieved double digit growth for a fifth consecutive year. All markets participating in the study recorded positive growth and twenty markets grew double-digit. Mobile and video ad spend continued on their strong growth curves and are now a significant proportion of display and search ad spend.

Townsend Feehan, CEO of IAB Europe, commented “The AdEx Benchmark results highlight the importance of digital advertising for growth in Europe’s economy. We need to ensure that digital advertising enables the European digital sector to compete across the world.”

The IAB Europe AdEx Benchmark study splits the online ad market into 3 broad segments: Display, Search and Classifieds and Directories. Growth in these online advertising formats has been underpinned by shifting uses in devices and changing consumption patterns.

Display advertising outperformed other categories with a growth rate of 15.2% and the pace of Display growth further accelerated versus 2013. In 2014, the total value of the Display ad market was €10.9bn.

Search showed growth of 10.8% - and a market value of €14.7 billion. It continues to be the largest online advertising format in terms of revenue, but has recorded a deceleration in its growth rate in the last three years.

Daniel Knapp, Director of Advertising Research at IHS Technology and author of the research, said, "Our study shows that even the most mature online advertising markets in Europe sustain double digit growth, clearly indicating the economic vibrancy of the sector. This growth is primarily enabled by the proliferation of intelligent data infrastructures. Data is the growth engine behind advertising that serves as a connective tissue between consumers, media and brands.”

The CEE region grew strongly as online advertising is still benefitting from the improvements in broadband infrastructure and the increase in broadband penetration in these markets, which brings more addressable audiences online. However, growth in European online advertising continues to be driven by the most mature online advertising markets in Europe. This is a direct result of investment in formats and targeting capabilities and developing data strategies in a cross-device environment.

The IAB UK's CEO Guy Phillipson said: "Over 50% of the growth came from mobile, to power European digital ad spend beyond E30bn. The UK - at nearly €9bn - is now by far the largest market, and still growing at 14%."

As Europe exits the double-dip recession, advertising markets will benefit from increased optimism from brands. Provided that publishers continue to improve their offerings, online advertising spend is well-placed to be the main beneficiary of the larger advertising budgets. Mobile and video will be the primary areas of interest for these brands.

The 2014 Classifieds and Directories market grew 5.8% to €4.9bn showing growth of 5.8%. Classifieds & Directories benefitted from the improvement in the economy, but is increasingly challenged by Paid-for-search and Data-driven Display to compete for advertising budgets.

The top 10 list of markets are as follows. Top 3 Individual growth markets were:

The data has been compiled by IAB Europe based on information provided by the national IAB offices around Europe. It is then processed and analyzed by IHS Technology. The report includes market size and value information for 2014 for the following markets in 2014 including Austria, Belarus, Belgium, Bulgaria, Croatia, Czech Republic, Denmark, Finland, France, Germany, Greece, Hungary, Ireland, Italy, the Netherlands, Norway, Poland, Slovenia, Romania, Russia, Spain, Slovakia, Serbia, Turkey, Sweden, Switzerland and the UK and any further new markets. The data represents the calendar year 2014 January- December. This is the ninth AdEx Benchmark which began in the calendar year 2006.

IAB Europe is the voice of digital business and the leading European-level industry association for the digital advertising ecosystem. Its mission is to promote the development of this highly innovative sector by shaping the regulatory environment, investing in research and education, and developing and facilitating the uptake of business standards. Together with its members – companies and national trade associations – IAB Europe represents over 5,500 organisations.

About IHS Technology’s Advertising Media Intelligence Service
IHS Advertising Media Intelligence Service provides its clients with a holistic and global view of a rapidly evolving advertising and marketing landscape. Developed and maintained by a team of expert analysts, it offers accurate, continuously updated market data, forecasts and reports that give our clients deep perspective on a dynamic advertising market. As the only global product that offers the same detail and scope for both established and emerging media we provide a unique, independent and objective view.

IHS (NYSE: IHS) is the leading source of insight, analytics and expertise in critical areas that shape today’s business landscape. Businesses and governments in more than 150 countries around the globe rely on the comprehensive content, expert independent analysis and flexible delivery methods of IHS to make high-impact decisions and develop strategies with speed and confidence. IHS has been in business since 1959 and became a publicly traded company on the New York Stock Exchange in 2005. Headquartered in Englewood, Colorado, USA, IHS is committed to sustainable, profitable growth and employs about 8,800 people in 32 countries around the world.

Each national IAB in Europe runs its own annual online advertising spending study and the IAB Europe AdEx Benchmark figures are based on these results. As the methodology of the studies varies country by country, IAB Europe and IHS Technology have defined methodology rules to represent the figures in such a way as to make them realistically comparable. This involves:

Where local data is collected in a currency other than Euros, the average exchange rate in 2014 has been used to convert this to Euros. To provide data for prior year growth rates, the prior year figures have also been re-calculated using a constant exchange rate in order eliminate currency effects.

Figures quoted are gross figures (i.e. net invoiced value of the media, plus agency commission if any). 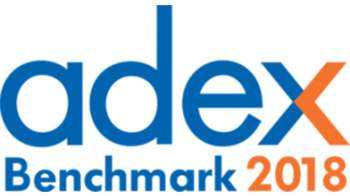 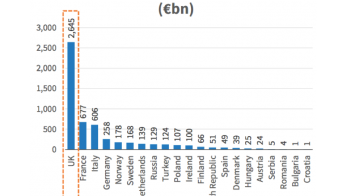 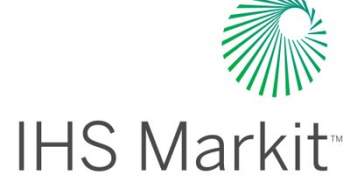