With tech requirements seemingly changing by the day, even the ad industry’s leading protagonists could be forgiven for thinking that 2018 was a tough year. Against this backdrop, new players dipping their toes into the water for the first time will have found life particularly challenging.

That’s certainly what we found at LiveScore after kicking off our ad tech transformation project 12 months ago. And while we’ve survived to tell the tale, there are certainly things we wish we hadn’t had to find out the hard way. So for those who are just starting out on their programmatic journey, here are three key pointers.

1. Stick to your guns

We often describe ourselves as a start-up with 40 million users at LiveScore. Although we have a large and loyal user-base, from an ad tech perspective we were at ground zero this time 12 months ago.

For those in a similar position, you’ll probably be told that starting with a proverbial blank canvas is hugely exciting and a big positive. It is. But while you won’t have legacy issues to deal with, don’t forget you’ll also be confronted with a pretty long task list.

An ad server, standardised ad formats and some SSPs are all needed. And that’s before we even get to header bidding and the consent management platform topic… which, in case you haven’t heard, is pretty important.

Inevitably, your IT team will start groaning and you’ll begin to question if you’re doing the right thing. At this point, it’s important to stick to your guns. Because in our experience, it’s more than worth it: ticking off tasks from the tech list above will lead to a huge uplift in CPMs.

2. Scouting the opposition will accelerate growth

The sheer number of options out there means creating a shortlist of ad partners to work with is a daunting task. To help with this, we found the best thing to do is to check what the competition’s up to.

This is where an ads.txt file comes into its own. Not only as a seller verification mechanic but as a way of seeing which SSPs competitors are using – providing they’ve also added an ads.txt file. Within the space of a couple of hours, you’ll be able to put together a simple matrix of the leading publishers and the ad tech they’ve deployed.

It might not be the best long-term solution as once you’re up and running you’ll want to be a bit more adventurous in exploring who best to work with. But as a short-term measure to help cut a few corners, it’s invaluable.

3. Play the long game when recruiting

We’ve interviewed dozens of smart candidates this year with great industry experience, but finding the ideal attributes in an individual and establishing a team from scratch has perhaps been our toughest task to date. It doesn’t help that, as a start-up, we’re setting the bar pretty high: with so much to do, we need people who are proactive problem-solvers and can hit the ground running.

LiveScore is the world’s largest scores and statistics service with over 40 million dedicated users a month. Founded in 1998 and acquired by Gamesys in 2017, LiveScore provides the latest results, in-play scoring, news and stats through its native apps and website. It covers five sports: football, cricket, tennis, basketball and ice hockey. 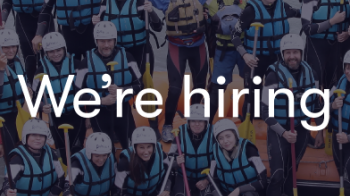