As well as being the biggest day in the NFL calendar, yesterday (February 5th) was one of the biggest for the advertising world.

As well as being the biggest day in the NFL calendar, yesterday (February 5th) was one of the biggest for the advertising world. Super Bowl LI took place in Houston, Texas, with the New England Patriots defeating the Atlanta Falcons 34-28 following a stunning second-half comeback.

As well as the action on the field, eyes were on the advertisements broadcast throughout the game, and this year many brands made use of social media to tease campaigns and reach an even wider audience.

Fast food chain KFC used Snapchat geofilters at 4,000 of its restaurants in the US to complement its Super Bowl spot, as well as teasing the ad on Instagram. Mercedes-Benz, which revealed its ad in the fourth quarter of the game, also used Instagram Stories to generate a buzz for its promotional spot.

Snapchat was also the platform of choice for brewer Anheuser-Busch, which used the app's Discover feature to give users access to a miniature game of American football. It also used a Snapcode - similar to QR codes - to enhance the experience.

Both Facebook and Instagram are introducing tools that allow users to set a time limit for their platform usage in a bid to prevent social media... 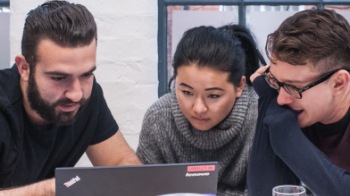 The average consumer will spend more than 60 minutes viewing online videos by 2020, according to new digital behaviour forecasts.