According to the IAB / PwC Full Year 2017 Digital Adspend Study, 73% of all video spend is now on mobile, an often sound-off environment, which means to ensure a non-disruptive experience for your customers, it is crucial that your content doesn't rely on sound.

Your video should not only be suitable for platform but be created in a way that the most important elements of your message can be told through visuals. Be creative and think about how else you can capture a consumer’s attention. It could be as simple as filming the content in a different way – perhaps in stop-motion, a time-lapse or maybe adding animations. Also, consider adding an element of personalisation – the more relevant the video appears to a user, the more attention they will pay to it.

If you think visuals alone won’t deliver the message, consider using subtitles. Or, insert short captions and visual aids (arrows, circles around products or elements of the video) throughout the video to emphasise important parts of the video.

With all that said, it is advised you add background music or sound effects to the video for those consumers who watch it with sound-on – as a completely silent video would likely cause viewers listening with sound-on to drop-off immediately.

With the rise in demand for online video, it’s crucial that what is served adds to, not inhibits, the user experience. More often than not, there are multiple video ads playing on a page, many of which start playing on page load, rather than when coming into view. Not only does this slow page load times, but it also will eat into a user’s mobile data, with heavy video files the main culprit of ad data usage.

Focus on developing ads that are either user initiated (to signal a clear value exchange) or that are a “polite” load, meaning they only load as they come into view. Short videos also win – not only are these lighter file sizes but more suited to the digital environment.

This ultimately means the user gets to their content quicker, uses less of their mobile data and knows what to expect – a more favourable experience.

A best practice case study can be found here.

Unfortunately, digital advertising often relies on creative assets from TV and Press. But creatives designed for a linear, broadcast experience are typically 30 seconds long, with 25 seconds of storytelling and 5 seconds of punchline.

For digital, this format often misses the mark:

- Firstly, internet consumption is more of a “lean-in” experience than TV. Users take an active role and won’t sit through content that exceeds their attention span; there’s an endless amount of content competing for their attention.

- Secondly, the value exchange for video length is not comparable between online and TV: 8-12 minutes of TV ad break per hour is reasonable, a 30 second ad before a 10 second clip is not.

Shorter, more digitally native experiences are required. Cutting videos into “bite sized” portions works well in branding which relies less on a narrative, like in this example.

For longer videos, ensure your brand is present in the opening seconds and consider the branding impact of your ad in case the user drops out before the final frame.

Principle 4. Think about the digital video execution at the start of the creative process

Linear TV doesn't necessarily translate effectively to a digital environment, nor does it get the most out of the media. First, these standard ads must be delivered across a range of devices -not just on a TV and second, there are many capabilities which can be leveraged in the digital space to improve effectiveness that don't exist in traditional TV.

A recent IAB UK research study demonstrated a video creative that is designed specifically for the digital world will perform better than an ad which was initially created for TV and has been slightly adapted (or not adapted) for digital. In short, video ads need to be considered in their own right at the start of the creative process.

1.    Devices - Consider the video ad experience on different devices from mobile to connected TV and even create different versions to optimise the experience.
2.    Horizontal/Vertical Video- Assets should ideally work for both horizontal and vertical environments, so that the experience is the same no matter how the phone is being held.
3.    Interactive Video- Digital environments allow interactivity and engagement in a way that’s not possible with traditional TV. Consider how the linear video experience could be enhanced with interactive features. Innovid’s annual Global Video Benchmarks report shows that interactive video garners an additional 39 seconds of time spent with audiences when compared to standard pre-roll.
4.    Data-Driven Video- The opportunity to use data to tailor the video ad can be maximised by upfront planning of which elements in the video will be dynamic. This Conagra case study shows that this can deliver a brand lift increase of up to up 200%.

Principle 5. Create video ads that are fit for the campaign objective

Which comes first, measurement or creativity? It’s not quite the chicken or the egg but arguably the two areas are intrinsically linked when it comes to creating impactful and meaningful video content.

If site traffic is your end goal, measuring activity on a completed view won’t do you any favours. If your key marketing message is at the end of a 30s video then a slow fade intro won’t necessarily capture the attention of your target audiences. Additionally, if you are seeking to track brand awareness, don’t expect the results of this to lie in anything other than a fully orchestrated survey.

By planning how you would like an individual to respond right from the start will ensure a far more harmonious relationship between creative and media strategy. In doing so, not only will you create a better user experience but the desired objectives are more likely to be met. 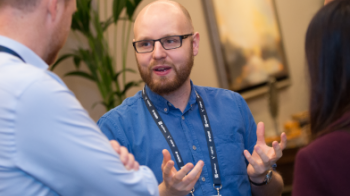 An introduction to creative best practice 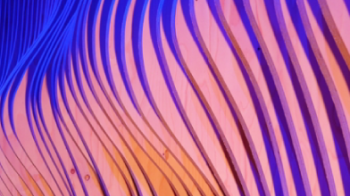 This section draws together some guiding principles for creative best practice that are applicable to almost all forms of digital advertising.