The Interactive Advertising Bureau Europe (IAB Europe) has published a whitepaper on viewable impressions today as an important step in its strategy to drive brand investment into digital advertising. The whitepaper aims to educate and foster confidence in this specific aspect of digital advertising trading and lays the groundwork for further reflection on recommendations for the European industry with local IABs, measurement organisations and suppliers.

Viewability is one of a range of digital metrics which are evolving rapidly and manifested differently across European markets of varied characteristics and levels of digital development. A recent Metrics and KPIs survey1 undertaken by IAB Europe revealed that 84% of brand advertisers stated that they want to see a move towards viewable impressions rather than served impressions. The whitepaper is part of the Metrics and KPIs pillar of IAB Europe’s Brand Advertising Framework2.

The IAB Europe whitepaper on viewable impressions brings together a range of leading industry experts3 to provide:

“Whilst digital ad spend has grown four-fold since IAB Europe started its AdEx Benchmark report4 in 2006 there are still several commonly acknowledged challenges which hold back further growth and measurement is one of these” said Karim Attia, Chairman of the IAB Europe Brand Advertising Committee and CEO, nugg.ad.  “This White Paper aims to address the area of viewable impressions measurement specifically and will be followed with market consultations. During the year other initiatives such as the IAB Europe Measurement Blueprint and wider Quality topics including environment and delivery will be developed within the Brand Advertising Committee.”

“IAB Europe’s White Paper is an important step in increasing the understanding of viewable impressions and how they fit into the overall metrics landscape,” said Bjorn Kaspring, BVDW / IAB Germany member and Head of Premium Display, Interactive Media “Clarifying definitions and terms is important to bolster digital advertising investment from brand advertisers.”

IAB Europe’s next steps are to further consult with the local IABs, measurement organisations and suppliers on the findings of this White Paper. It will also expand its focus on quality – both of delivery of digital advertising and of the digital advertising environment - during 2015. 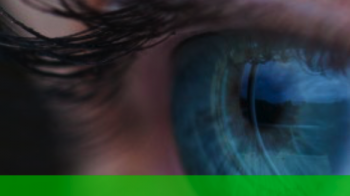 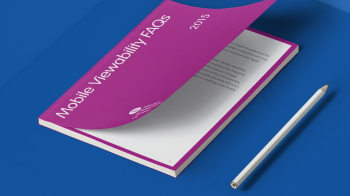