First published on The Drum

I’ll admit before I start that media research doesn’t really compare to the FBI’s X Files unit. We don’t get to investigate unsolvable, mysterious crimes and we don’t get to carry a gun but sometimes we do need to study data to help assemble the truth regarding an industry issue. In this case, that issue is ad blocking.

In February 2017, the IAB released that 22.1% of British adults online are using an ad blocker. But it wasn’t quite that simple, because the research also showed that 18% of this group did not name an actual ad blocker, citing instead their anti-virus software or a non-existent ad blocker, when asked which software they used. This suggests that the actual number of people blocking ads in Britain is lower than 22.1% – trusting people to self-report accurately is one of the problems when using claimed survey data.

In an attempt to get as close to the truth as possible we cross-referenced the IAB’s latest data with other sources from around the industry. This was complicated as different companies are conducting research in different ways, so it did genuinely feel like a mystery that needed solving.

We have summarised and drawn conclusions using adblocking data from the IAB and three other companies: eMarketer, PageFair and comScore. So, what conclusions can be drawn?

Firstly, we have added confidence in the accuracy of the IAB methodology because the results have been replicated: eMarketer's latest report from April 2016 uses a mix of both survey and traffic data and estimates levels of ad blocking at 20.5% of the UK online population, encouragingly close to the IAB’s 22.1%.

Secondly, that non-survey methodologies report ad blocking to be lower than eMarketer and the IAB. Both PageFair and comScore’s data is collected by tracking the presence of ad blocking software on people’s devices. PageFair report 16% of the UK online population and comScore report 16% of the UK’s desktop and laptop population are using an ad blocker.

Interestingly, when all respondents who didn’t name an actual ad blocker are removed from the IAB data the 22.1% figure drops to 18.1%. Again, encouragingly close to PageFair and comScore’s numbers.

Thirdly, when looking at the IAB data year on year the number of people ad blocking has stabilised. From the research we can’t be sure about exactly why this is but possible influencing factors are:

One interpretation of all these data points is that adblocking isn’t accelerating at speed, as was once feared, and that less than 22.1% of British adults online are using an adblocker but, in all honesty, we don’t know for absolute certain yet. What we do know is the industry has to continue to work hard to offer audiences a high-quality experience when advertising to them online.

So, on the subject of adblocking, the truth definitely is out there and the IAB, alongside others, will continue acting as Mulder and Scully on the industry’s behalf. 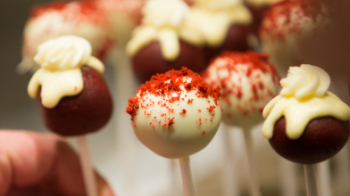 How is Häagen-Dazs using influencer marketing via key tennis stars as part of its Wimbledon 2018 advertising campaign? 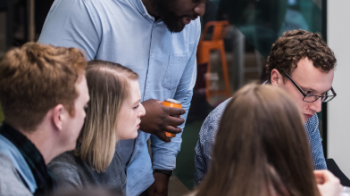 Fashion brand River Island teamed up with an outdoor advertising specialist to promote its diversity message to Cannes Lions delegates. 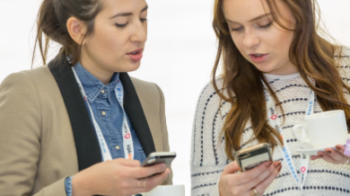