The IAB's Digital Media Consultant and Chair of the EDAA writes on the back of the EDAA's 2015 Activity Report.

Working to deliver user-centric transparency and control in digital advertising

According to IBM we create 2.5 quintillion bytes of data every day, with 90% of it being created in the last two years. This eye-popping statistic is pretty much meaningless to most of us: we tend to take it all for granted as we go about our everyday lives. And with the amount of connected ‘things’ in use in 2016 expected to be 6.5bn worldwide, this is only going to get even more complicated. So how do we achieve meaningful user transparency in a ‘big data’ world? What is the most effective way for organisations to do this? How do we connect legal obligations with a user-centric approach? What is the digital advertising sector – significant users of data – doing to try to achieve this?

In 2011 the EU digital advertising sector launched an industry-wide initiative aimed at providing greater transparency and control in interest-based or behavioural advertising – a way of making adverts more relevant to people’s preferences and interests based upon their previous browsing activity. At the heart of the initiative is a small symbol or icon in ads that – when clicked on – provides more information about the collection and use of information for this purpose, as well as links to ways for users to manage their advertising preferences, including a centralised ‘switch off’ mechanism. In a nutshell, the initiative aims to take the ‘notice’ out of a privacy policy and place it somewhere more contextually useful for the user, as well as providing easy-access to ways people can have some control over their advertising data.

Over 160 businesses – large and small – across Europe have invested significantly in this approach. And not just in Europe, but in the US, Canada and Australia. It is a global approach aimed at providing a consistent experience for users. In Europe the initiative has progressed from a start-up system – debated and discussed at many Brussels roundtables with the European Commission – to a more established one with broad industry support and engagement, including from organisations that have been involved in advertising self-regulation since the 1950s. The initiative is backed up with a ‘tried and tested’ complaints handling process, and compliance is also independently verified by a third party auditor. Those complying receive a trust seal to show to users and to advertising partners.

The initiative continues to make progress despite having taken its fair share of criticism along the way – often based on a misunderstanding of the technology or what the initiative actually seeks to achieve. Over the last 18 months there have been some significant highlights 2015 Activity Report:

…despite Regulatory and Political Uncertainty

The EU initiative has developed in an uncertain regulatory and political climate. Many businesses and markets have progressed regardless of this uncertainty. Soon it will interact with the new EU General Data Protection Regulation (GDPR), due to apply across EU markets from 25 May 2018. Transparency and control lie at the heart of EU data protection law – now and in the future – and so the evolving initiative will have an important role in achieving this in a practical, innovative and user-centric way. The initiative is at a pivotal point of its development and now is the opportunity to take the next step. That will mean businesses, industry and all European advertising markets – big or small – having to step up as they prepare for the GDPR to truly bake-in privacy by design approaches into their business models. By doing so they will deliver not just legal compliance but an even more meaningful way to deliver transparency and control in digital advertising for people across Europe.

Digital advertising has always been of the forefront of new technology, approaches and business models, creating a competitive environment to make advertising more effective, efficient and relevant. It helps to fund the digital world, making content, services and applications available to the many at little or no cost. It will also always be at the forefront of the privacy debate. Continued success is based upon user trust and engagement. The rise in ad blocking shows there is some way to go. However, transparency about the information that is collected and used, as well as providing user control, is central to the ad industry’s approach (via the LEAN initiative) to delivering a better experience based upon trust and engagement. Put simply: it is at the heart of the sector’s future growth, development and success. 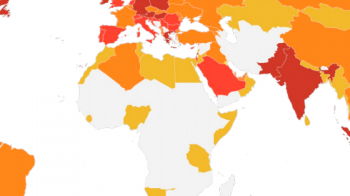 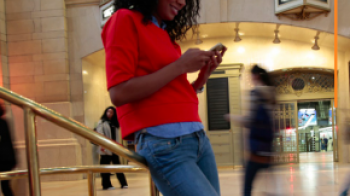 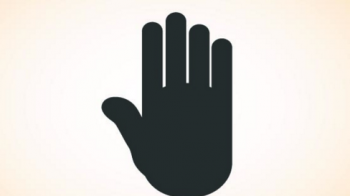