8 things we learnt at Gaming Week

For our first Gaming Week, we hosted a series of events to explore the gaming opportunity, key considerations for advertisers and what to expect next from gaming.

How should advertisers show up in the gaming space? Why does measurement matter? And how is gaming bringing people together? Our second Specialism Week of 2021 saw us bring our members together for a deep-dive into this fast-evolving channel. Spanning the launch of new Real Living research, a debate, creative workshop, special episode of the IAB UK Podcast and a closer look at gaming for good, here are some of our key take-outs from Gaming Week:

1. Go beyond the gamer persona

The myth that there is one distinct type of gamer was well and truly busted at Gaming Week. First of all, our latest Real Living research shows that gaming has gone mainstream with 38% of all UK adults playing games on a smartphone every day, and 25% playing via PC/consoles daily. Elizabeth Lane, our Head of Research & Measurement, explained that during the pandemic, people aged 35 and over, women and those that consider themselves less tech-savvy have been fuelling the growth of gaming - far from the teenage boy stereotype of a gamer.

This was echoed throughout the week. GlobalWebIndex’s Joe Offer said that the term ‘gamer’ is “too broad” and urged advertisers not to adopt a “one size fits all approach”. Similarly, Facebook’s Ciarán Norris drew on US research showing that 42% of console gamers are women to prove that “there is no such thing as a typical gamer”, while Activision Blizzard Media’s Anthony Lawson said that two thirds of UK mums play games.  For MoPub’s Vincent Tessier, the rise of hyper-casual gaming has shaken the gaming status quo and is key to the growing diversity of gaming: “There is a large audience that don’t consider themselves gamers.”

So what does this growing diversity within gaming demographics mean for advertisers? As Venatus Media’s Laura Ballesteros put it, brands need to “stop seeing gamers as a tricky audience to engage with… and make advertising as inclusive as the gamers themselves”. Meanwhile, FramePlay’s Cary Tilds said that it’s “important to treat [gamers] beyond the gamer persona, treat them as a holistic consumer”. Adverty’s Nicola Halpin pointed to in-game car branding and ads as an example of how brands are using gaming to target a high-value audience - “decision makers with more money” - rather than assuming it’s just younger people playing.

3. Show up in a way that adds value

With gaming a highly immersive environment, it’s crucial that advertisers are appearing in this space in a way that adds value to the player. MindFuture’s Neil Johnston summed this up succinctly by saying that advertisers should “not be an intruder”, while Activision Blizzard Media’s Meredith Warrilow advised brands to “be worth [players’] time”.

Twitch’s Jack Woodcock believes that brands can use advertising to enter into the gaming community, saying that marketers need to know how to “show up in a way that adds value for different communities” and that they can achieve this by supporting creators. The non-interruptive nature of in-game ads was also stressed, with AdInMo’s Kristan Rivers explaining: “Players are happy when they are doing what the game is about… the non-interruptive natures of in-game advertising is really powerful to creating positive emotional experiences.”

4. Don’t be scared by ‘authenticity’

However, while respecting game-play and adding value via advertising is key, brands shouldn’t be intimidated by in-game advertising or put off by the fear of being inauthentic. Ballesteros summed this up well: “The word authenticity has scared a lot of brands and makes brands feel they are not cool enough to enter the gaming space.” While she believes that brands need to be authentic to some extent, they shouldn’t see that as a barrier to getting involved with gaming. On the point of authenticity, Xaxis’ Julia Rast advised advertisers to “be intentional with the message and come across with purpose”, while Pringle’s Elena Mancini discussed how the brand worked with key partners to “speak the language of gamers” for its Frank the Zombie campaign.

In such a fast-paced environment where players are wholly focused on the game, simplicity is no bad thing. In fact, it’s a strength for brands. Bidstack’s Will Stewart said that simple creative allows brands to “look good within the game” and, as a result, players will like the ad more. This was echoed in AdInMo's session with Nina Barough of breast cancer charity Walk the Walk who shared examples of a successful in-game campaign and stressed that “simplicity of message was really key” in highlighting the charity’s core values in a new environment. The approach clearly worked, with the campaign resulting in a 14% uplift in intention to donate to the charity and an 8 percentage point uplift of breast cancer among young men, according to On Device Research’s Sarah Robson.

Further adding weight to the case for simple and impactful creative, Norris shared Facebook’s research showing that there is little to no correlation between viewing time and purchase intent when it comes to effective ads for console games, and getting the name of the game into the ad quickly and repeatedly is key to creating unaided recall.

Personalisation and custom content both play a role here. Dan Holmes and Priyanka Jhawar at RTB House shared how advertisers can “take personalisation to the next level with smart user segmentation” in order to customise a message based on factors such as previous game play and purchase history.

For Bidstack, “custom content is king”, according to Yasin Dabhelia. By creating custom content, brands can “seamlessly blend the advertising into creative spaces while upholding integrity”. Crucially, this doesn’t mean being predictable or not standing out, with Dabhelia pointing to how Tommy Hilfiger’s featured its Fall 2020 collection within Animal Crossing as a great example of being both relevant, creative and surprising.

7. Adopt a test and learn approach

With advertisers encouraged to blend into in-game, how do you measure engagement and effectiveness if clicks aren’t on the cards? This was discussed by Anzu.io’s Amman Kainth and Ali Syed from Oracle Data Cloud / Moat who also questioned whether our definition of viewability today fits with the in-game experience, given the fast-paced state of play.

While in-game measurement is still evolving, progress is being made - Anzu.io has developed a 3D tracking engine in partnership with Moat. Moving forward, Syed encouraged advertisers to “create a test and learn experience within your marketing plan”, while Kainth added that advertisers “looking for a response metric could be creating a negative association with your brand” and should instead look to gaming as a way of creating brand awareness.

Also covering developments in gaming measurement, Admix’s Nigel Morris and Alex Faust featured on The IAB UK Podcast talking about the headway being made, including Admix’s integration with IAS to verify for fraud and viewability in real-time.

8. Gaming is all about levelling the playing field

Discussing how gaming can be used for good, Tom Donegan from SpecialEffect - a charity that works to help people with physical disabilities game - explained that “putting people on a level playing field is what gaming is all about”. This doesn’t mean “making the games easier but putting more flexibility into the games at source”, he said. Verizon Media’s Jana Hladikova also gave an insight into how focusing on accessibility - whether via hardware, software or in-game settings - can help foster connection between people. This has been a key focus for Xbox, with Michael Flatt sharing how the company has been “opening up gaming experience to new and fresh audiences” via its ‘Beyond Generations’ initiative.

A great example of an in-game activation that has fostered connection within gaming communities is Pringles’ ‘Meet Frank’ campaign. The campaign saw Frank the Zombie break out of ‘West of Dead’ during a Twitch live streaming session and tour the real world for two weeks looking for Pringles. It showed how “even the most anti-social character can become the most social - connecting the communities of the different gaming influencers all around Europe”, explained Mancini.

Gaming Week is sponsored by Bidstack. 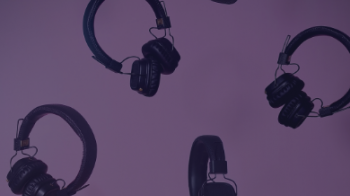 Listen up! Here’s what we learnt at Audio Week 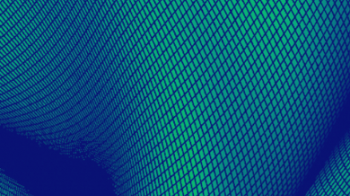 The latest findings from our Real Living study take a deep dive into the online audio market, looking at listener behaviour and key opportunities for... 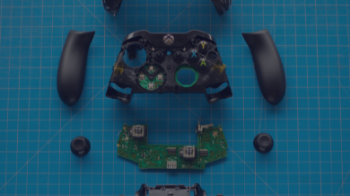 As the gaming ad market continues to grow rapidly, we have worked with our members and industry partners from the UK, Europe and US to create a unified... 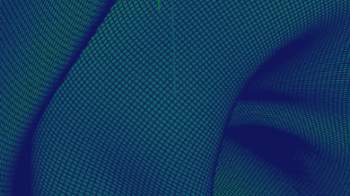 Taking place between 6-10 September, the third of our 2021 Specialism Weeks will turn an ear to the growing audio opportunity for advertisers