What do PR agencies think of native advertising?

It's an opportunity and they should be taking the lead, claims Adyoulike's CRO & UK Managing Director Francis Turner.

There’s no doubt that native advertising is shaping up to be a vital future development for the PR sector and could be the way it gets more budget from its clients. We contacted senior directors and heads of digital at 75 of the UK’s leading PR agencies to get their views – and found that they were strongly in favour.

In fact, nine out of ten (88 percent) admit that they see native as an opportunity for the sector and 75 percent believe they should be the best choice to create and distribute native advertising content for brands. In fact, around nine out of ten (87 percent) also think PRs could be doing more to seize new content marketing budget (within which native advertising sits) from their clients.

We also found that half of PR agencies (50 percent) currently offer native advertising solutions to their clients and 19 percent plan to do so in the future. It seems the PR sector thinks it should be doing more with native advertising because it’s all about content – and that’s the industry’s strongest suit. After all, those agencies create eye-catching content every day.

Adyoulike's research went on to analyse how PRs use native to increase the reach and share of the media coverage they get for clients. Currently, agencies tend to focus on social media platforms to accomplish this, with 94 percent and 88 percent using organic reach on Twitter and Facebook, respectively.

The same number (63 percent) use paid campaigns on those two platforms to boost views of their media coverage, but less than half (44 percent) currently use paid native. Given that so many agencies already share coverage on social platforms and pay for the privilege, moving budget into native and delivering PR in a native content environment as well as a social one makes complete sense.

Of course, there are still challenges. The survey found that only 38 percent of senior PR people feel ‘very confident’ that they can clearly explain native advertising to their clients, while two-thirds (67 percent) are concerned by the transparency of the paid element of native campaigns and 40 percent worry that using native devalues traditional media coverage.

Still, it seems PR agencies can use native to strengthen their client relationships, make their hard-earned media coverage stretch even further and even gain access to previously-untapped content budgets. That’s got to be something worth pursuing. 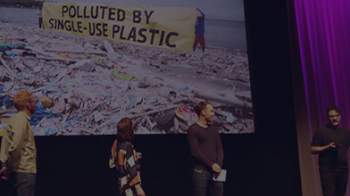 Wire emerged victorious in a dramatic live Final of The Creative Shootout 2019 at BAFTA last night, which IAB UK are proud to support.