What are the key themes that will be influencing affiliate marketers in 2016?

Kevin Edwards, Strategy Director at Affiliate Window, takes a look at the trends that could be defining advertiser approaches this year?

That mobile devices now account for a majority of web traffic is no longer news but there has traditionally been a disconnect between the clicks recorded and sales tracked, the latter lagging considerably. When we are able to see the full customer journey data it becomes clear that a disproportionate amount of smartphone and tablet sales are tracked. What’s more those affiliates dependent on higher levels of handset traffic substantially benefit from tracking these sales. As more and more affiliate marketers recognise this opportunity to track revenue previously unattributed to the channel, so the pressure to provide solutions will grow.

Unlike other channels where the traffic is paid for regardless of the conversion, few people ever assign a value to the effort and traffic an affiliate generates that has no associated cost to the advertiser. De-duplication against other channels (not to mention other affiliates), returns, cancelled orders, untracked sales, a lack of mobile integration and an inability not to track cross-device are just some of the factors that can eradicate well over half the commission that an affiliate may assume is coming their way. Honest rewards for honest sales should be a mantra networks should unify around to ensure already heavily scrutinised affiliates can continue to make a living from the CPA channel in 2016.

2016 marks a watershed for data privacy in Europe with decisions made at the tail end of 2015 having an impact on everyone working within the digital industries over the next few years. There’s no need to go into details here as the IAB has this particular topic well covered but 2016 will see everyone, whether they work in affiliate marketing or outside of it, having to become a lot more familiar with data privacy in ways they probably never imagined they’d have to. Expect a significant push by trade bodies, coalitions of shared interest and governments to work collaboratively to create a framework of universally recognised standards and guidance for industry.

One of the encouraging trends that emerged in 2015 was a decision by certain parts of the industry to consider alternatives to last click CPA. While the model is not fundamentally broken it is clear that for certain affiliates it does little to reflect and compensate the value they offer.

Bloggers, niche interest and content sites can often earn a fraction of the commission that a cashback or voucher code site might for every click they direct to an advertiser. Alternative payment models will still probably have a root in conversions therefore so ‘influence’ payments where an early funnel affiliate may receive commission ‘top-ups’, may take into account the ultimate action. We’re fortunate that the concept of blogger influence is becoming recognised, so advertisers will hopefully be more receptive to conversations about creative payment solutions.

One criticism of the affiliate ecosystem is the language used. Awash with acronyms, there is also a sense that various terms and expressions are archane; it’s not that the industry shouldn’t strike a chord with advertisers, more that we sell our services and, more importantly, the benefits of our services, badly.

The growth of influencer marketing should be music to the ears of affiliate marketers as it focuses on blogger engagement, social media and brand advocacy content, areas that every brand wants to develop further on their campaigns. The critical area that affiliate marketers have to nail in 2016 is positioning.

Voucher coding continues to thrive and will undoubtedly do so in 2016, but it will also be imperative for key stakeholders to ensure standards are upheld in order to guarantee the sector’s future.

Under the auspices of the IAB in 2009 the world’s first standards regarding voucher usage were released in the UK. They were embraced by the networks and senior stakeholders were aware of their purpose, robustly enforcing them. But now it is time for a concerted, combined network effort to redouble efforts in enforcing all the codes of conducts and best practice standards. Technology also has a role to play and expect to see more automated solutions that enable flexibility in how voucher codes are both managed and monitored.

Tracking consumer journeys across devices will inevitably be a trend for 2016 and this marks a continuation of the foundations that were set in 2015. This year will see a slow a concerted effort is needed to make cross-device an industry standard.

At the heart of the cross-device topic is tracking and wanting to reward for sales the network was previously unable to. Cross-device shouldn’t be a ‘nice to have’ or add-on for more enlightened advertisers. It should be viewed as next generation tracking. Without it advertisers are not apportioning sales to the affiliate channel, especially those affiliates with early funnel and mobile traffic who are under-indexing

8. Getting creative with data

For too long affiliate marketers have been wedded to a fixed set of reports via some interfaces that haven’t dramatically altered in look and feel for over a decade. In the fast paced world of digital that seems like glacial change. In 2016 a concerted effort must be made to pass to networks additional data parameters in order to model new reporting suites that sit outside of traditional dashboards.

Democratising the industry’s data should be something that should be a high priority for us all. Brands and publishers must open up their datasets and join the dots together. Doing so empowers us to make better decisions and drive higher ROI.

In 2015 Black Friday firmly established itself as a UK online shopping phenomenon, pushing Cyber Monday firmly into second place. Even retailers choosing not to run Black Friday offers benefited from an increase in web traffic and many consumers were also looking to purchase for themselves rather than gifts for friends and relatives.

Beyond Black Friday identifying the ‘next big thing’ in retail requires agility and flexibility. 2015 for example probably marked the first year when Singles’ Day registered on many people’s radar and as such we need to be mindful of the implications this has for advertisers wanting to tap into that audience both home and abroad. Affiliate Window recorded a 172% increase in revenue for UK retailers from China on the largest online shopping day in the world.

10. Beauty, bikes and breaking down borders

Benefiting from the UK’s sophisticated digital economy and infrastructure, the demand for British products and services shows no sign of slowing in 2016.

Cosmetics and beauty products dominate alongside other niches that UK retailers have made their own such as bikes and associated accessories. Fast fashion also performs strongly, another sector that the UK generally excels at. A combination of excellent delivery options, extensive product ranges and affordable prices, make British retailers desirable and almost all of the Affiliate Window retailers pulling in the highest percentage of online sales are also pure-play operators, leveraging their online skills to break down the fluid digital borders.

The full Affiliate Marketing Trends in 2016 whitepaper is available here. 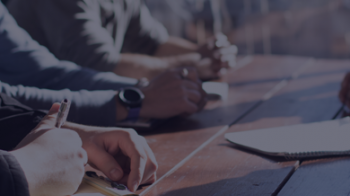 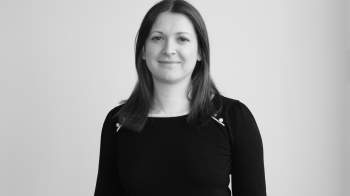 The IAB is excited to announce Helen Southgate, Managing Director of Affilinet, as the new chair of the Performance Marketing Council (PMC). 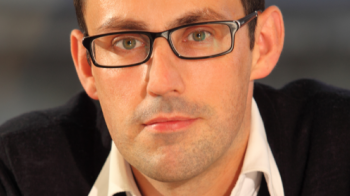 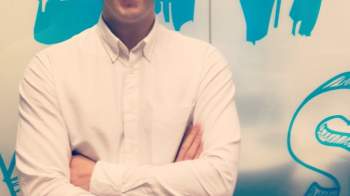 Tony May, Customer Success Manager at Performance Horizon, picks out some key Performance Marketing trends from the IAB's Affiliate Conference.