Last week at our inaugural Nonference event, Neuro-Insight and marketing agency Mindshare hosted their session titled 'Alexa or Alex? Our subconscious response to the gender of voice assistants'.

The full research revealed a positive bias towards female voices among younger people - those aged under 35 - and gives strong reasoning behind the female gendering of home assistant devices like Amazon's Alexa and Microsoft's Cortana.

It found that subjects of all ages and genders were 32 per cent more likely to react positively to female voices.

However, in under 35s, this figure was far more pronounced, rising to 103 per cent in being more approachable. Female voices were also shown to be 22 per cent more compelling for this group.

Heather Andrew, chief executive of Neuro-Insight, said: "The differences of response that we observed were clear and compelling.

"Although in the past, male voices may have had more authority, as evidenced by older people's reactions, it's apparent that this is no longer the case for the younger generation." 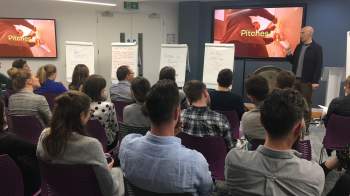