Ben Maher, JCDecaux UK’s Sales and Partnerships Director, launched a brand charter for Digital Out-of-Home this morning, which he said would bring a ‘gold standard’ to the industry, helping it to sidestep some of the challenges which are besetting the world of digital advertising more broadly.

Inviting experts in brand marketing to the stage, in London’s St Pancras Renaissance Hotel, the parallels between the impressive feats of engineering in the iconic landmark itself, and the entwining of history with the modern, digital world today weren’t lost on the audience.

Mark Ritson announced that digital outdoor could enjoy a new and exciting period if it learns from the issues the digital ad landscape is currently facing today – such as brand safety, transparency and viewability.

“Out-of-home has a foot in the so-called traditional camp but clearly a bigger foot now in the digital camp,” Ritson said, claiming that this gives it significant advantages.

Taking the audience back to 2007 when Facebook founder Mark Zuckerberg brought together major advertisers in New York and told them that advertising as they knew it was dead, and that it was now all about having a ‘conversation’ rather than broadcasting messages, Ritson concluded: “But advertising is still pushing and it’s still cluttered.”

Ritson also claimed that the out-of-home market will avoid some of the greatest challenges currently facing the wider digital advertising industry – such as an undue focus on the bottom of the funnel and brand safety, which he said are naturally avoidable for this particular media type.

“Maybe there is a second-mover advantage,” he continued. “Maybe you can climb the mountain in a better, smarter way. Outdoor … might be the best of both worlds.”

Up next was Les Binet, Head of Effectiveness at Adam & Eve DDB, who stressed that, over the long term, marketing is primarily about brand building. “Whereas sales activation is all about the bottom funnel, the top of the funnel is harder to measure,” he said. “But you need both. And you need them in balance.”

Binet warned that reach is the primary driver of effectiveness and that it has been neglected for too long, pointing out that humans are driven primarily by emotions. As such, he told the audience that video represents a ‘captivating’, emotive format with immense potential. “And now digital outdoor adds the power of video for the first time,” he said.

JCDecaux’s Mark Bucknell and Oliver Murray then outlined the six elements of the ‘BranDO’ charter that JCDecaux launched this morning: viewability; measurement; accountability; transparency; brand safety; and automation. JCDecaux is committed, they said, to measuring ads that are viewed, pointing out that it now offers independent verification by PwC, too.

In terms of automation, JC Decaux has also been developing IAB-approved systems and platforms following two years of ‘substantial’ investment, they said, before inviting Tim Harvey, JCDecaux’s Director of Business transformation to the stage.

Harvey spearheaded its new SSP with integrated CMS and geolocational DMP. He showcased the business’s new user-friendly marketplace and campaign dashboard, with a live demonstration of how brands can build campaigns and view targets on the platform.

Finally, in a panel discussion hosted by Claire Beale, Global Editor-in-Chief of Campaign, Ritson and Binet warned that marketers must not obsess about shiny new things.

“We have a generation that’s stopped even talking about brand building. It’s all about response,” warned Binet; while Ritson added: “Digital is a very important part but we have to remember that it’s only one part.” 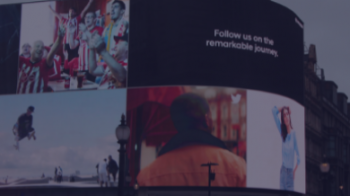 How to succeed in Digital Out-of-Home Advertising

In this guide, members of our Digital Out-of-Home Group share their strategies for advertising success 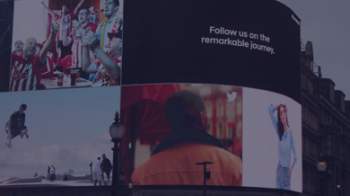 The DOOH Glossary has been developed by IAB UK’s Digital Out-of-Home (DOOH) Advisory Group, the trade body for Out-of-Home (OOH) advertising Outsmart and... 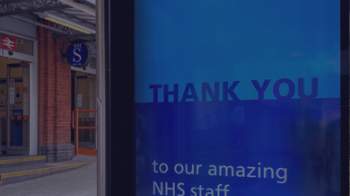 What does the launch of the DOOH glossary mean for the industry?

Talon Outdoor, VIOOH and Knitting Media on why the development of Digital Out-of-Home Glossary is a significant step for the industry

Global announce that DAX, its digital audio advertising product, will be available to digital outdoor advertisers from February 2020