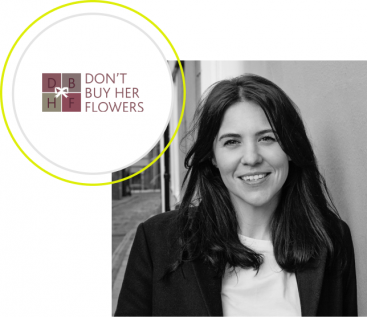 Who are Don’t Buy Her Flowers?

Don’t Buy Her Flowers prepare and deliver care packages as a thoughtful alternative to flowers; the go-to gift for adult women. Customer select from a range of products – from snacks and drinks to books and pampering – to build bespoke gift packages that don’t require looking after, but instead actually offer some TLC.

Where did it all start?

Founder Steph Douglas launched the company in 2014 after having her first baby and being inundated with bouquets. Steph realised that traditional gifts for expectant and new mothers, at what can be a vulnerable and overwhelming time, weren’t what they would most appreciate. While the customisable gift box range has now expanded to cover other occasions, a focus on gifts that encourage the recipient to take a bit of time for themselves remains at the centre of the brand.

Much of the initial interest in Don’t Buy Her Flowers was organic, driven by word of mouth, both on and offline, because the product was unique and the brand felt authentic. In 2017 the team added a part time Social Media Marketer to help raise the brand profile more actively. A Head of Marketing and a Corporate Sales Manager have recently joined the team. Steph says: “Social media is a brilliant thing – it allowed me to grow a business with very little marketing budget, and to connect with our customers in a way that big businesses don’t.” 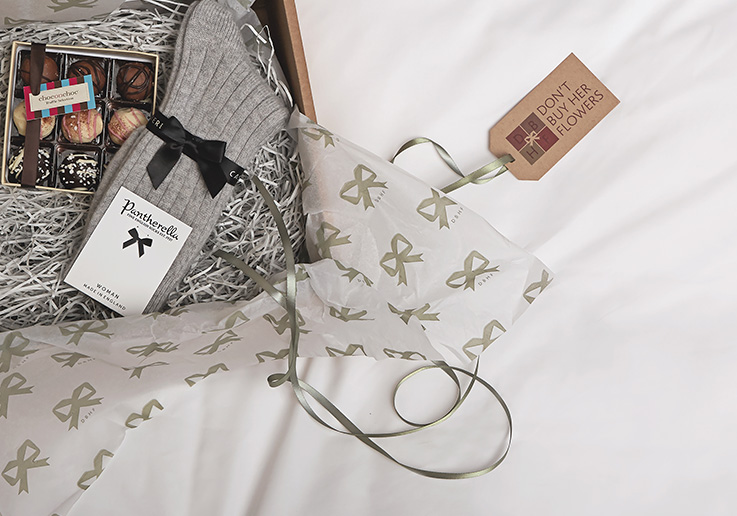 Tell us about customer relationships

Before launching the company, Steph started a blog ‘Sisterhood (and all that)’, writing honestly about motherhood and relationships. If other women connected with the blog, she knew there was something in the core idea behind the business that people would relate to. It also gave Steph the opportunity to learn about social media and grow her network, so when DBHF launched there was already an audience. When a reader survey revealed that 97% of new mothers receive flowers, despite ranking lowest on Steph’s list of example gifts, she realised she had found a gap in the market.

Steph’s blog and social media profile still helps the company keep in contact with customers and customer suggestions have prompted it to iterate its offer, including bringing out gift packages for men.

How does distribution work?

For the first two years, Don’t Buy Her Flowers was a family-affair, run from Steph’s spare bedroom. This approach kept costs down until the company reached sufficient scale to grow the team and expand its logistics network, now operating from a warehouse in Gloucestershire.

As a family business, enabling the team to manage their own work-life balance is a key company commitment. For Steph, the freedom to work around moments like school pick-up is a major benefit of running her own business.

The company mission to help someone give their friend or relative something they really want, when they most need support, has resonated with customers and still informs the day-to-day culture of the company. The team regularly WhatsApp some of the most emotional message tags to each other as they are packing orders, as a great reminder that they are part of that connection between two people and what their packages mean to customers. 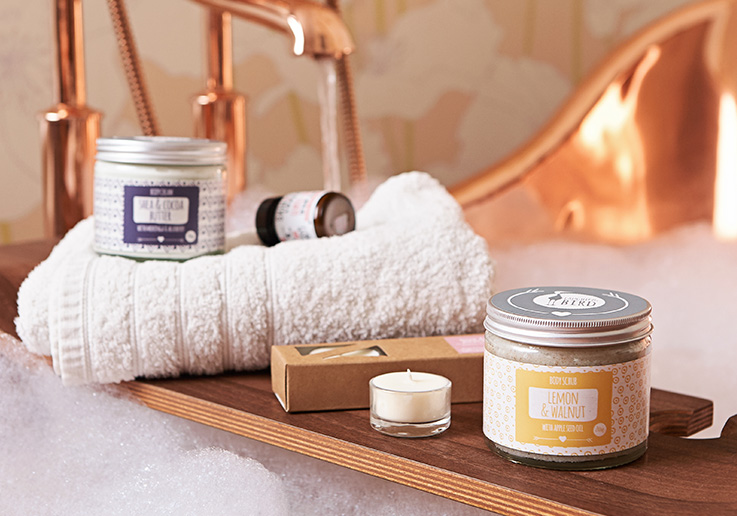 Tell us an extra fact

Don’t Buy Her Flowers has collaborated with Stand Up to Cancer to develop a bespoke gift package for anyone going through cancer. There are over 40 products to choose from and it was developed working with women who were going or had been through cancer, including Deborah James AKA Bowel Babe. The package includes options such as: Queasy Drops nausea relief sweets, DBHF x Their Nibs cotton pyjamas, activity books and COOK food vouchers.

“I realised there was an opportunity for really thoughtful gifts. When you’re expecting a baby, everyone gives you flowers to take care of when you should be taking care of yourself.”

Cubitts are reviving the traditional techniques of handmade spectacle making.

Heist is on a mission to build better tights for all women, whatever their leg type.