Ooyala has released its Q4 2016 Global Video Index, showing mobile devices attract the most video views for advertising video-on-demand (AVOD) services with global distribution. The report also shows variances of viewing habits across devices in different regions and continues to track the upward trajectory of mobile as the primary device for video.

The report examines several large AVOD customers across sports, news, and entertainment distributing ad-supported video in every geographical region. The results show patterns in how AVOD content performs in each region across devices. Globally, mobile devices, an accumulation of smartphones and tablets, represent 56 percent of all AVOD video views. Smartphones make up the bulk of AVOD consumption at 45 percent, slightly usurping desktops at 44 percent with tablets taking the remaining 11 percent. Regionally, the study finds:

Long-form content, too, continues to grow on mobile devices. While connected TV and tablets continue to be the platform of choice for long-form content, 96 percent and 65 percent respectively, mobile devices are no longer for short-form video only. Long-form content made up 47 percent of all mobile plays in Q4, outpacing short-form video plays at 40 percent. Content providers must tailor their strategy around mobile, particularly as it becomes a go-to device for longer videos. 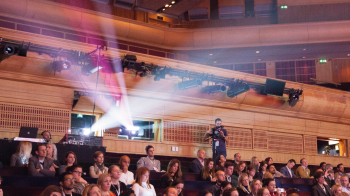 Three of the UK's biggest TV channels are joining forces to invest in Freeview to ensure it can stand up to competition from services like Netflix and...