The IAB UK has appointed James Chandler in the newly created role of Chief Marketing Officer and sets structure for new vision.

The IAB UK announces a new C-suite to deliver the CEO’s vision of positivity in digital. In January, newly appointed CEO, Jon Mew hinted at plans for a restructure to enable the trade body to be more engaged with advertisers and agencies, and stand more assertively for the digital industry.

“We are at a point in digital’s growth where inspiring and engaging brands is just as important as addressing the industry issues.” says Mew. "James has the critical experience of working up close with clients, so he’s perfectly placed to put their views at the heart of our communications and outreach. He’s been an active member of the IAB over the years, so we’re thrilled he wants to join the team.”

He goes on to explain the focus of the new functions, with Elkington prioritising key industry issues across ad tech and from a regulatory perspective. Kozloff will focus on the outputs of the IAB across research, events and the newly named industry initiatives team.

"Tim and Alex have a combined 14 years at the IAB under their belts and every day they demonstrate razor sharp focus to build the IAB’s future. James’ industry experience is the perfect compliment to complete the top team."

Chandler, in the newly created role of Chief Marketing Officer said: “The IAB has always played such an important role in my career and I've been able to see first-hand the positive impact it has had on brands, agencies and media partners.  I was completely sold on Jon's vision from the get go and am delighted to be joining such an amazing team.”

The new CMO role will be active when Chandler joins later this month and follows the appointment of ex-P&G’s Roisin Donnelly as the IAB’s Non-Executive advisor. 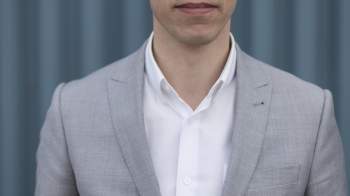 Don’t forget that the internet is amazing

The IAB's CMO, James Chandler, reflects on his first week at the IAB which included speaking at Advertising Week Europe and tackling brand safety issues...