Driven by mobile, digital advertising continues to prove its worth to advertisers who increased spend 16.4%¹ in the first half of 2016 to £4.78 billion – the highest first half growth rate for two years.

Total mobile ad spend, including search and classifieds, increased by 56.1% in the first half of 2016. Consequently, 36p in every £1 spent on digital advertising now goes to mobile, up from 4p just five years ago.

“Mobile use today is more akin to a computer than merely a phone, as people increasingly rely on them as their information, entertainment and communications hub,” said the IAB UK’s Chief Strategy Officer, Tim Elkington. “People now spend more time online on their mobile than they do on a computer. Consequently, marketers devote more ad spend to mobile as they increasingly cotton on to the fact that people essentially carry an ad platform with them wherever they are.”

Accompanying online YouGov consumer data shows that 82% of smartphone owners check their phone within an hour of waking up, while 86% of 18-34s do so within half an hour. For 1 in 5 of those looking at their phone soon after waking up, checking social media is the first thing they do, rising to 29% of 18-34s. The smartphone is now the primary source of news for 30% of owners, rising to 42% among 25-34s².

Spend on video ads overall grew 67% to hit £474 million during the front half of 2016. Driven by rising video, TV and film viewing on smartphones, mobile video spend alone grew 129%. Consequently, video accounts for 30% of all display advertising but 37% of mobile display.

Outstream and in-read video ads (those appearing anywhere on the page, not before video content) saw a massive 440% rise and now account for 40% of video spend, whilst ‘traditional’ video ads (which play before, during or after an online video) grew 17%. 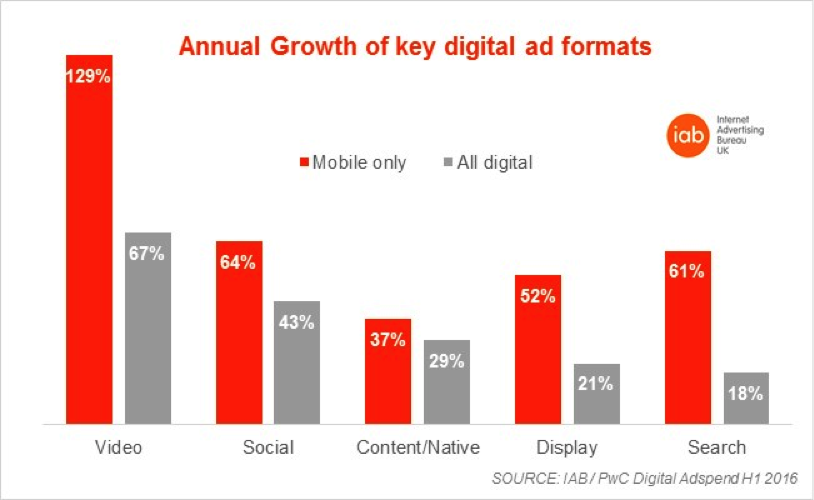 Consumer goods brands – such as food, toiletries and clothing – spent the most on display ads (e.g. banners and video), responsible for 18.3% of spend, followed by travel & transport (16.4%) and automotive (11.7%).

“The phenomenal rise of mobile search reinforces the idea of mobile as the ever-present ad medium,” says Dan Bunyan, Senior Manager at PwC. “It means advertisers no longer have to wait to target people at specific ‘touchpoints’ during the day. Instead, they can deliver highly relevant, localised ads with unprecedented immediacy, such as reacting to people reaching a specific place, looking for a particular product or even the weather changing.” 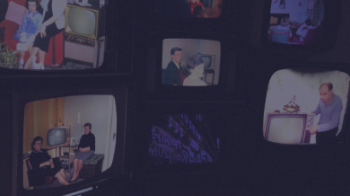 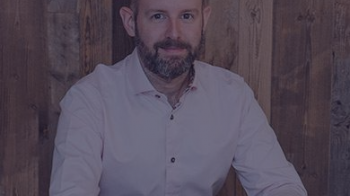 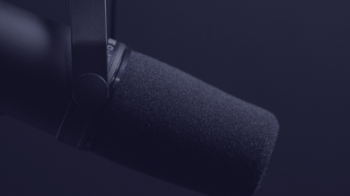