Switching on to connected TV? 4 Things advertisers to know

While connected TV offers advertisers more choice and reach than ever before, brands must update their view of how to advertise on this platform, writes Elizabeth Lane, our Head of Research and Measurement. This piece was first published by WARC in November 2021

When it comes to TV, one thing hasn’t changed. What we watch – from Squid Game to Succession, and from Love Island to Line of Duty – continues to capture our imaginations, spark conversations and enter into our shared cultural vocabulary.

The quality of content remains paramount in this space, something that has only been enhanced by the explosion of the connected TV (CTV) market. The digitisation of telly has created more viewing choice than ever before and provided advertisers with vast opportunities to reach highly engaged audiences via the small(ish) screen.

According to IAB UK’s latest Real Living research, conducted with Sparkler, connected TVs are now the second-most used device in UK households (following smartphones), with 66% of us using them daily. What’s more, 53% of regular viewers are watching for more than four hours a day, and six in 10 of the most-watched CTV services carry advertising – including Amazon Prime, ITV Player, YouTube, All4 and Sky TV. So, what do brands looking to harness the power of CTV need to be aware of?

Both CTV and broadcast TV are key

Rather than having an either/or mindset, advertisers should be embracing both TV and CTV to drive reach, according to our research. While 80% of those aged 55+ and 56% of 35-54s are watching live TV on a daily basis, young people are increasingly switching online only to watch content. Sixty percent of all under-35s say they are not watching any live TV on a daily basis and 69% of regular CTV viewers say that they pay more attention to streamed TV than live broadcast. These findings show that advertisers need to be embracing both digital and broadcast TV to be engaging audiences across age groups and driving incremental reach.

While there is little difference in the rate of CTV viewing across age groups, there are distinct differences in what younger people are watching. Among regular viewers, YouTube and Disney+ appear in the five most-watched services for 16-34s, and yet they don’t make the list for any other age group, suggesting that younger people are embracing digital-first platforms more than most. Young people are also more likely to use CTV services to access specialist genres and inform specific interests (55% of 16-34s vs. 33% average) and they have become significantly more reliant on CTV apps since the start of the pandemic (73% 16-34s vs. 47% average).

Regular viewers of CTV are more accepting of ads in exchange for free online services vs. those that don’t watch CTV regularly (72% vs. 61%). For younger CTV audiences, streamed ads are seen as less intrusive than live ads, with 60% of 16-34s feeling this way. This could be because the audience has opted-in already and chosen the content, as well as the fact that CTV advertisers have the ability to make ads relevant to viewers’ interests.

However, younger CTV watchers are advertising savvy and more aware of how advertising technology works, with 66% of 16-34s saying that they find ads that are too tailored to them on streaming services unnerving (vs. 47% average). Conversely, only 16% of over-55s have noticed CTV ads that are specific to their interests or location. As a result, advertisers need to beware of over-personalising CTV ads, particularly among younger demographics.

For me, these findings demonstrate that as the CTV market offers advertisers more choice and reach than ever, we need to update our view of how to utilise advertising on this valuable platform. Firstly, just as industry guru Mark Ritson explained at YouTube’s IAB Digital Upfront, TV and CTV aren’t mutually exclusive and can work better for your brand when they are used together.

Similarly, the popular myth that young people no longer watch TV is just not true. They are watching and consuming TV and video content, but in different ways – picking when and where they tune in – and delivering more engagement as a result.

Finally, while advertisers have the ability to target and personalise creative far more accurately via CTV vs. live broadcast, they need to ensure that they’re not overstepping the mark. While we know that people value relevant advertising, over-personalisation can turn consumers off and context continues to be an important factor for brands to create a seamless and unobtrusive viewing experience. 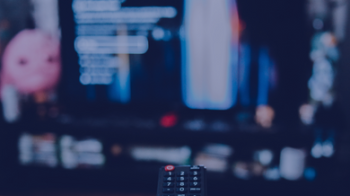 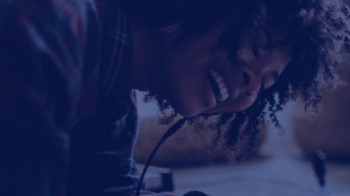 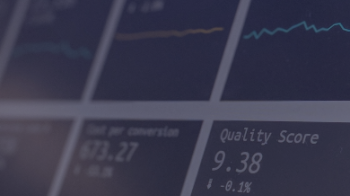 Our study ‘Powering up: Helping UK SMEs unlock the value of digital advertising’ has won the MRS/BIG Award for Business-to-Business Research 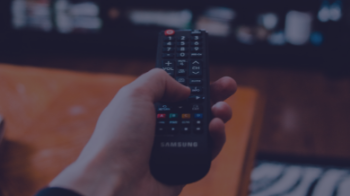 Want to catch up? Read our round up of key themes from CTV Week