The Real Importance of Real-Time

Stephen Upstone, CEO & Founder of LoopMe, comments that instant feedback is one of the advantages of digital advertising & that artificial intelligence can help advertisers take insights to the next level with real-time optimisation.

Digital advertising has many strengths, its ability to target specific audiences, to be interactive, to reach users at scale. But one key advantage which is often overlooked, and in the light of the IAB’s RTA Conference should be brought to the foreground, is its capacity to deliver advertisers real time insights into what works and, more importantly, what doesn’t.

With offline media, campaigns must be planned weeks and months in advance. The creative is sent out and fingers are crossed that it has some measurable effect on sales or brand metrics. Months later data showing campaign’s impact will arrive, but by that point the next execution will have been planned. Insights can only be put into practice for the following campaign, by which time the initial information is fast becoming out of date.

In comparison feedback from digital campaigns is fast, facilitating optimisation. With programmatic campaigns buyers can analyse the performance of a particular creative or provider and make the decision to push more budget towards those which show the best results. The time from campaign launch, to feedback, to optimisation has shrunk exponentially.

But even with programmatic, this optimisation still isn’t real-time. It’s down to the planner to check up on the campaign and make a decision on how to optimise it going forward. It’s also a blind decision – one creative may have performed better than another over the weekend, but that doesn’t necessarily mean that it will continue to do so over the week. Planners have to take a shot in the dark.

The future of the feedback loop is artificial intelligence (AI). Artificial intelligence works on an impression level, analysing data from both the ad call and the campaign to determine the likelihood of a particular advert generating a desired outcome – completed views or clicks. It then determines which advert is most likely to deliver this outcome and serves the ad, all in milliseconds.

By using artificial intelligence campaigns are optimised in real-time, creatives which don’t perform under a certain set of circumstances aren’t served, but when these circumstances change the campaign is delivered. For example, an ad for pizza will probably perform well over the weekend, and then experience a drop in engagement on Monday when healthy eating kicks in. During this period AI identifies the fall in engagement and reduces the number of times the ad is shown. A couple of days later people crave pizza again and begin engaging with the ads. AI recognises this engagement and will push these campaigns to ad calls which are likely to deliver positive results.

This optimisation not only means advertisers get better results from the same impressions, uplift can be up to 300% on both CTR and VCR, but users aren’t targeted with ads that aren’t relevant to them at that moment in time. Instead the ads are intelligently optimised, and as AI implements machine learning, the system is constantly improving. By implementing artificial intelligence advertisers are incorporating real-time feedback into their campaigns, and improving their content and campaign execution – all without any effort on the part of the advertiser.

Real time advertising has opened up the possibilities of digital. The instantaneous nature of feedback means that, not only can brands learn from performance data, but insights are being put into practice as each campaign is running, meaning every single ad campaign will deliver excellent performance.

How Match.com is using AI to make its user experience 'more human'

Match.com will be delving deeper into the world of artificial intelligence in order to make its current bot more human-like.

Some 85 per cent of businesses in the UK will have invested in artificial intelligence within the next couple of years, demonstrating the huge growth of... 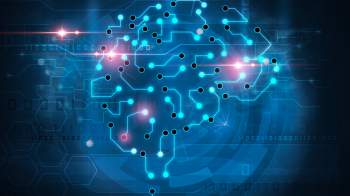 Millennials 'increasingly receptive' to use of AI in brand ads

New research has found that a growing number of millennials understand the benefits of brands using artificial intelligence as part of their advertising...