As HTML5 becomes the standard, why did Flash fail?

Graham McEnroe, PR & Outreach Manager at Ve Interactive, blogs on Google ceasing support display ads built with Adobe Flash, hammering what looks to be the final nail in the coffin for the much-maligned platform. As deadline has arrived, a list of the biggest user gripes which led to Flash’s demise seems the most appropriate eulogy.

Google stopped accepting Adobe Flash display adverts on June 30 2016, with a complete ban on the format coming into effect in January 2017. Formally announced in February of this year in a post on the AdWords blog, the search giant claimed the reason behind their decision was “to enhance the browsing experience for more people on more devices” and “the Google Display Network and DoubleClick Digital Marketing are now going 100% HTML5”.

The news was the last in a series of unfortunate events for the much-maligned Flash platform. Google had already blocked Flash ads from running on Chrome. YouTube and Amazon soon followed suit with Facebook also banning flash ads with video content for fears of damaging the user experience. To make things worse, The Interactive Advertising Bureau (IAB) also weighed in on the issue by updating their guidelines to recommend that advertisers discard Flash in favour of HTML5.

However, let’s not forget that the advent of Flash had a huge and progressive impact on the digital age. Perhaps most significantly, it afforded many users the chance to watch video online for the first time with a degree of consistent quality.

When Google eventually does turn the lights off on Flash, it looks to be the final nail for a platform that has had a huge influence on the digital age for over 20 years. However, as influential as it was in the earlier days of the internet, there are a few reasons why we are glad to see the back of it…

1. The endless security concerns
The failure to tighten up the seemingly never-ending security flaws was arguably Adobe’s most costly mistake with Flash. Computer safety experts consistently bemoaned the plugin’s patchy security, which regularly allowed cybercriminals to exploit the system’s many gaps. Perhaps even more damaging than the security flaws themselves, was Adobe’s apparent lax attitude toward correcting them, often greeting user concerns with silence when major breaches occurred.

On this front, the demise of Flash predicted since establishing itself as the software non-grata on the original iPhone. Ever since Steve Jobs penned his open letter titled ‘Thoughts on Flash’ in 2010, citing openness, security, and effect on battery life as the main reasons why Flash would not feature on any of Apple’s mobile products, it would always be an uphill battle for Adobe.

2. It slowed browser speeds to a crawl
As browser speeds continue to accelerate towards almost immediate response, driving up user expectations as they go, Flash has simply failed to keep up. In a particularly cutting experiment run by PC World, it was concluded that Flash can slow down browser performance by an enormous 80%.

Patience has never been in shorter supply among internet users in general, and with browsers all competing on UX above anything else, Flash has failed to get the message and paid a high price.

3. It requires users to download a player
Between concerns about storage space, security and a general reluctance to download additional software, the necessity to install Flash’s player has held the platform back. While this was not a death knell in itself, this condition hampered the platform as devices continued to shift increasingly towards a more all-in-one functionality.

Users now care about convenience and speed above all else. What was acceptable ten, five or even two years ago, doesn’t necessarily measure up now. And, for many users, the necessity to download additional software simply to enjoy a piece of content was an unforgivable UX flaw by modern standards.

4. It’s not universally supported by mobile
eMarketer has forecasted that the UK’s mobile ad spend will account for over £1 in every £4 spent on media by the end of the year. So for display advertising, mobile agility has never been more of a priority. This had always been a persistent problem for Flash, exacerbated further by the rise in smartphone usage and the efficiency of alternatives such as HTML5 in this area.

Kevin Marshall, Technical Manager of Digital Advertising Solutions at Ve Interactive, points out that mobile video ads might be the future of HTML5 advertising:

“Flash, in the context of advertising, has always held back performance because of its underlying security vulnerabilities and being easy to block. It's also held back advertisers running successful campaigns on now common smart mobile devices. So the industry change to adopt pure HTML5 has unleashed a new wave of interruptive advertising possibilities, with mobile video ads becoming the next target.”

With closing time on Flash just around the corner, we look forward and welcome a more consistent standard of advertising that’s ultimately better for the user – which is all the more important against the backdrop of ad blockers and the technology’s soaring popularity.

If this article is an obituary of sorts for Flash, this eulogy from Thomas Clark, Head of Digital at Ve Interactive, drawing attention to Flash’s legacy but also its many usability flaws seems most appropriate to finish with:

“Like a number of marketers around my age, Flash has been an important part of my childhood – from watching Charlie the Unicorn through to wasting lunchtimes with Blast Billiards. However, it has always been a resource hog and its incompatibility with mobile devices has always been a huge bugbear. Whilst this particular change predominantly affects display advertising, it’s the next logical step in the digital landscape, following on from YouTube’s move to HTML5 in Jan 2015 and Netflix’s wider adoption of the new standard in November 2015. As much as I appreciate the legacy that Flash has had, it looks destined to go the way of floppy disks and dial up.” 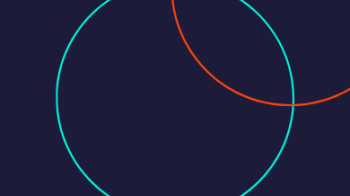 Do More, Click Less: How mobile marketers can get ahead with automation

Adjust’s Andy Chandler explores the automation possibilities available to mobile marketers and why digital campaign management needs to be brought into... 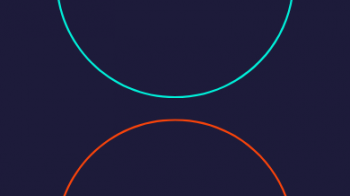 The Programmatic Potential for Digital Out of Home

Hear from Talon Outdoor on the programmatic potential for digital out of home, and why the future lies in tailored ad tech solutions rather than retro... 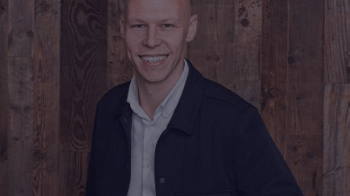 Why the joint letter from ITV, Channel 4 and Sky doesn’t paint a clear picture about regulation and standards