Professional social networking site LinkedIn breached the gap between digital and the physical world when it opened a pub for jobseekers recently.

The Linked Inn ran between March 5th and 6th for anyone over the age of 18 with a profile on the site looking for a job.

While enjoying a drink at the venue in Shoreditch, jobseekers had professional headshots taken, were given career advice and helped with applying for live job vacancies.

Among the companies that were advertising job roles at the event were the John Lewis Partnership and LadBible.

Darain Faraz, a careers expert at LinkedIn, said: "By engaging your network and sharing, posting and connecting with your LinkedIn community, you can get closer to the job you want.

"That’s why we’ve set up The Linked Inn – to bring this to life and demonstrate the job-seeking process needn’t be as time-intensive as you might think."

Participants were encouraged to share their experiences of the event on social media using the #InItTogether hashtag.

More than 2,800 people are following the hashtag on LinkedIn, with pictures and posts about the event helping to continue the digital-physical crossover.

Tickets for The Linked Inn were completely sold out, demonstrating it to be a success, meaning similar events may be rolled out again in the future.

LinkedIn was founded in 2002 and has grown to more than 500 million members worldwide. It’s predominantly used as a site for jobseekers and professional networking. 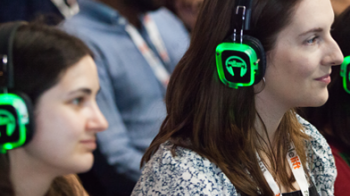 The BBC has launched a new app to deliver children's content, as part of an overhaul of its offering for three to five-year-olds.