Former hostage and crisis negotiator, John Sutherland, joined our fourth Leadership Series session to share his experiences and advice on how to be a good listener - and why it matters

How can we rediscover the disappearing art of listening? This was the subject of our fourth Leadership Series session with former Met police commander John Sutherland. Having spent 25 years in the police force and written two books - ‘Crossing the Line’ and ‘Blue: A Memoir’ - Sutherland drew on his experience as a hostage and crisis negotiator to explain how we can all benefit from learning to listen better in “a world where too many of us seem to be shouting each other from progressively further apart”. Here’s what we learnt...

Sutherland started by sharing one of the most important lessons from his career: Every contact leaves a trace. He explained: “Every time two people come into contact with each other, a trace is left - whether that’s my other half or standing next to someone at a supermarket. Whether we speak to each other or not, smile or scowl… a trace is left.” To this end, Sutherland highlighted the fundamental importance of how we treat other people: “The art of negotiation begins with the fundamental belief that people are precious and the way we treat them matters more than anything else.” Far from being the swashbuckling Hollywood portrayal of a hostage negotiator, the reality of the job is about helping someone in need, making a connection and saving a life. Achieving that is rooted in good listening, he explained.

So what does good listening sound like? “Listening is an incredibly active thing, it’s not a passive undertaking,” Sutherland said. Take the Chinese symbol for listening which includes reference to the ears, the eyes and the heart. “The entire process of listening needs to be a wholehearted one. It requires all of us, the entirety of us”. For Sutherland, the Listening Ladder provides a framework for listening. Its steps include...

Essentially, listening is about “so much more than just the physical process of taking in sound via our ears”. It’s about “looking to draw the other person out of themselves” and “giving them permission to tell their story”.

A human connection = a human solution

“The skills you learn as a hostage negotiator are the skills that you need as a parent,” Sutherland joked. But on a more serious note, he believes that the art of listening is something that the world is in urgent need of right now. “In 2021, we’re a year into the pandemic and there is an urgent, desperate need for us to find ways to reconnect with one another… that begins with listening,” he explained.  In short, “finding of a human connection is the beginning of the finding of a human solution” and that there is huge power in storytelling and encouraging people to share. “Sometimes it feels to me like we are in such a hurry that people no longer seem to matter,” he said. “We need to find a way to stop and pause for long enough to ask the questions and to hear the answer.” 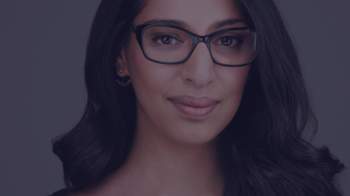 In our latest Leadership Series session, CEO of Neuro-Insight Shazia Ginai took a deep-dive into how our brains are changing and what it means for brands... 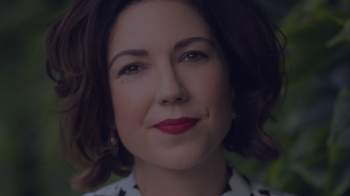 Christine Armstrong: “This is a moment to reset how we work”

As part of IAB UK’s Leadership Series, communications and management expert Christine Armstrong shared how the pandemic is permanently reshaping our... 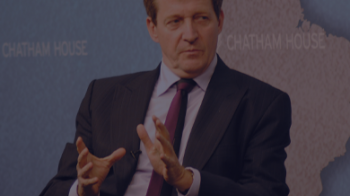 From building a winning strategy to coping with crisis, Alastair Campbell opened Leadership Series 2021 with a gripping and honest insight into what it...