Facebook has begun internally testing its new dating platform, which has provided a sneak peek into the kind of features it will have.

Facebook's upcoming dating app, billed as a rival to Tinder, is currently being tested by employees of the social media giant, providing an insight into its features.

App researcher Jane Manchun Wong first spotted the coding for the new dating app and was able to fill out details such as her location, gender and the gender(s) she'd be interested in dating, posting screenshots online.

Facebook later confirmed that it was in the middle of the 'dogfooding' - the process by which staff test a new product in-house - stage with the new feature, which suggests that its launch may be imminent.

Whether users will be willing to share so much personal data in light of recent scandals remains to be seen, but TechCrunch reports that there will apparently be a limit on the number of people each user is able to express an interest in.

Facebook Dating, as it is to be known, will reportedly be an opt-in feature on existing Facebook profiles, rather than a standalone app.

Facebook Marketplace is celebrating its second birthday with the addition of AI tools to improve the user experience for buyers and sellers. 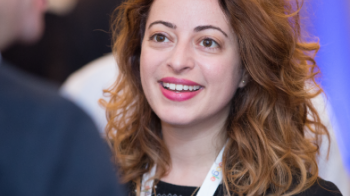 Tinder is trialling a new feature on its dating app to allow women to be the first initiators of conversations.