After a three year hiatus, Engage returned IRL with a bang. Catch up on the most crucial takeaways from this year's event

Opening our 16th annual Engage, IAB UK’s CEO Jon Mew had a clear message for delegates: “Be more Levi.” He was referencing Levi Strauss, who arrived in San Francisco in 1850, just as the gold rush was starting in California - but instead of mining for gold, Strauss thought “what do these people need? The answer was better trousers”. Jon urged the audiences to follow Levi’s lead: “Don’t just follow the crowd, but don’t do nothing. Learn from other people and that’s what today is all about.”

He went on to share the headline numbers from IAB UK’s 2021 Digital Adspend report with PwC, showing that the industry grew by 41% last year - its highest rate of annual growth in 15 years - to reach £23.47 billion. While the digital ad market has grown steadily for the past 10 years, Jon said that 2021 has accelerated this trend - outstripping the pace of pre-pandemic growth to the tune of an estimated £2 billion. Download the full Digital Adspend report here.

So what followed? Here is a round of six things we learnt at Engage 2022

Giving us a tour of YouTube creators, Google’s Roya Zeitoune showcased the range of content that is available on the platform, with a particular focus on music creativity. As she explained: “It’s not just the breadth of content - you can go really, really deep into layers and layers of weird and wonderful stuff.”

Speaking of wonderful content, Francis Bourgeois, social media’s most famous trainspotter, sat down with the7stars’ Sabrina Francis to discuss his love of locomotives, collaborating with brands and where the GoPro idea came from. Bourgeois, whose real name is Luke Nicholson, said that he adopted a pseudonym when he started making videos because he didn’t want his employer to know. Explaining why he thinks his content has struck a chord with followers, Bourgeois said: “Because it’s about finding joy in things that might be seemingly mundane… drawing things back from the busyness of life.” And his most surreal moment so far? Sitting on the Gucci FROW with a GoPro on his head.

2. Use of AR is accelerating

“We’ve turned the internet into the world’s biggest shopping centre, but we forgot to update the changing room,” explained Snap Inc.’s Jed Hallam. With the explosion of online shopping, he gave the Engage audience a future-facing look at how AR is set to refashion how we shop - augmenting how shoppers buy, try and return clothes to minimise the impact on the environment.

Also turning their attention to AR, On Device Research’s Sarah Robson and Gorilla in the room’s Dr. Alastair Goode explained the measurement challenges AR poses. Successful measurement techniques need to take into account the immersive nature of AR, they explained, with a recent campaign with Pringles shifting key brand metrics across the board and outperforming the campaign in 2D.

When it comes to diversity and inclusion, having uncomfortable conversations is really important, explained Meta’s Zehra Chatoo, not only because it’s the right thing to do, but because it makes business sense. “Representative ads drive growth” generating distinct and higher levels of purchase intent.

Chatoo explained that it’s not just about having the right people in the room, we also “ need to be able to create the conditions to call things out”. She urged delegates to minimise representation bias, language bias, targeting bias and cultural bias and added: “If you aren’t facing some level of discomfort when it comes to D&I, you’re probably not learning enough.”

4. Smart use of data pays off

The Ozone Project’s Frances Lazenby shared how premium publishers’ first-party data is helping advertisers understand the nation. A recent example includes Ozone’s work with an online grocery brand during 2021’s summer of sport, where they matched first-party data to reveal that the brand’s shoppers were far more interested in cooking and health content than sport. This allowed them to move into spaces more aligned with their audience’s passions and improve performance across every metric.

Global’s Mick Ridley and Transport for London’s Mark Evers also took a deep-dive into how data is key to understanding the audience journey - particularly when it comes to the London Underground. Global and TfL’s long-term partnership sees them collect data across the transport network - spanning 1 billion device connections every single month - to “help clients understand how they can speak to people over the course of those journeys” and optimise travellers’ experiences.

5. Tap into the power of digital communities

Community was a key theme of both Twitch and Reddit’s session. Twitch creator Leah Alexandra said that the gaming platform has allowed her to find a community and build it around her passions. Having been on Twitch for seven years, she said that it’s crucial for creators to keep growing with their communities: “Make sure that you’re bringing them on the journey with you.“

Discussing how Reddit encourages its communities to create together and tap into shared passions, Laurelle Potter said that Reddit users are creating joint digital artworks via ‘r/Place - allowing groups to co-ordinate and be represented.

6. Be careful what you write off

In his session, James Chandler, CMO of IAB UK, took a meme-based ‘how it started vs how it’s going’ look at digital advertising, throwing it back to the early days when popular consensus was that the internet wouldn't catch on. Cut to today when 94% of the population have access to the internet and it’s clear we need to be careful what we prematurely write off. James also urged delegates to make digital advertising simpler. While “complex doesn’t necessarily mean murky”, he does believe that we make digital advertising needlessly complicated with an overload of acronyms and often don’t consider the unintended consequences of decisions - such as covering web pages with cookie notices.

An excellent example of a channel that has seen a huge resurgence is digital audio. While screens put radio advertising in the shade for a while, the rise of digital audio illustrates James’ point that we definitely should be careful what we write off. Spotify’s Sally Keane took to the stage at Engage to explain why digital audio is so effective for advertisers and such an immersive experience for listeners. Drawing on neuroscience research, she said that digital audio delivers higher engagement, memorability and emotional intensity than radio advertising and defined digital audio as “a lean in experience”. 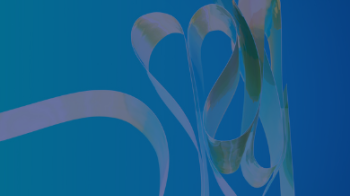 Having taken a two year break during the pandemic, IAB UK’s flagship event Engage is back on 26 April at The Londoner. Got something to say? Keep reading... 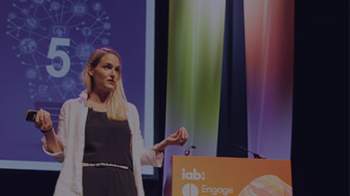 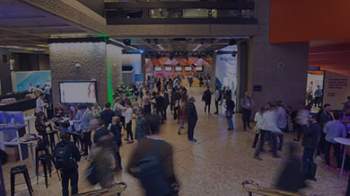