Digital Britain 2019: ‘There has never been a more important time for us to get it right’

The IAB UK was in Manchester for Digital Britain hosting a day of inspirational speakers, all talking about the future of Digital. In Britain.

The IAB UK’s CEO, Jon Mew, welcomed delegates to Manchester’s Bridgewater Hall and stressed the need for the industry to come together to build a sustainable future for digital advertising.

Mew pointed out that, while advertising employs nearly 1 million people in the UK - with Manchester the second biggest city for the industry - trust in advertising is at ‘an all time low’. He also voiced a desire to learn from growing, direct-to-consumer brands, as well as urging those present to get involved with the IAB UK’s Gold Standard certification initiative, which addresses key industry challenges such as annoying ads, fraud and brand safety.

“There has never been a more important time for us to get this right,” he said, warning of a lack of understanding and amongst policymakers when it comes to digital advertising and warning that the industry must demonstrate that it can act responsibly.

Next, Unruly’s VP of strategy, Nicola Spooner, outlined some of the dramatic ways in which brand communications are changing. Pointing in particular to Unruly’s ‘Future Home’ project, she outlined how data, voice and the IoT are offering great opportunity, describing home as ‘the new store’ and outlining why a strong brand presence is more important than ever.

Matt Stockbridge, growth analytics manager at Mondelēz then urged the audience to be proactive rather than reactive, and to avoid choosing marketing techniques simply because ‘that’s what everyone else is doing’. And, with consumers bombarded with messages, Hannah Stenton, customer workstream manager at Aviva, emphasised the need to create communications that people want to engage with.

Emma Dalby Bowler, digital content and marketing manager at Mind, was on stage next, to illustrate how the IAB UK’s partner charity sets out to create powerful content by being true to its values.

“We can be impactful and hard-hitting without being exploitative,” she said, pointing out that it’s important to get content seen in places that the audience trusts, and urging business leaders to support mental health in the workplace.

Joanna Parnell, managing partner at Wavemaker then treated delegates to a whistlestop - but very detailed - tour of ‘unproblematic programmatic’, sharing five tips for success and urging the audience to see the possibilities.

A good brief is absolutely key, she said, as is selecting the best data, listening to experts, thinking about value rather than cost - and being excited about the future, despite inevitable imperfections.

After a short break, Ali Hanan, CEO of Creative Equals spoke about how inclusive creativity can really drive profitability whilst also translating into effective and authentic creative output, while the following two sessions were both focused on publishers.

Craig Tuck, managing director at The Ozone Project, spoke about how publishers are ‘taking control’ through collaboration. Describing the market as ‘broken’ and ‘dysfunctional’ and pointing in particular to factors such as lack of control, opacity, poor experience, and decreasing revenue and ROI, he also spoke of a new era of in which “trust is becoming the currency for everything".

The following, interactive session, entitled, ‘Become the Editor’, was hosted by The Guardian, The Telegraph, Hearst, Mail Online and Bauer. It highlighted how editors make thousands of often very difficult decisions every day, and revealed how the publishing industry is both a public service and a commercial enterprise.

After lunch, Joe Wood, senior agency planner at Verizon Media, and John Yorke, TV producer and author, spoke about great storytelling, breaking down the similarities in narrative structure between Harry Potter and Star Wars, James Bond and Jane Eyre. Yorke also outlined how politicians have been successful in telling stories and taking a huge amount of people along with them. “Stories give you emotional connection. Facts don’t get a look in,” he said.

Tom Dennett, senior analyst, Credos, then focused discussion once again on public opinion of UK advertising, sharing new research showing that trust is at an all time low. He listed the key negative factors which concern the public, including repetitive, obtrusive or irrelevant ads, ‘suspicious’ techniques and the targeting of vulnerable people.

Opinions vary when it comes to targeting and hyper-personalisation, he added, simply urging those present to ‘respect audiences’.

Rowly Bourne, founder of Rezonence, then declared that ‘it’s time for advertising to step up’, stressing that “tech in advertising is taking too much out of the system... and we are spiralling into the gutter". He said that CMOs are spending too much time trying to be CTOs.

Towards the end of the afternoon, the two shortlisted teams from the Ideas Hack Day one day before showcased their ideas designed to help FareShare Greater Manchester achieve its goal of providing 7 million meals per annum, all via food that would otherwise have gone to waste.

Team Etihad won the audience vote, thanks to a well-formulated idea focused around the hashtag #BestMealDealinMCR, and a campaign which leveraged the local community via a variety of digital technology, in particular highlighting the number of meals that even small donations can provide.

Last but certainly not least, a Gen Z panel, comprised of students from the University of Central Lancashire, gathered together to let the audience ask them all about their media habits and thoughts on digital advertising today.

The audience learnt that they favour brands which do not push products, but rather communicate ‘relatable’ experiences, based on transparency, authenticity, and often with a sense of fun.

Once again, the Gen Z panel were divided as to their feelings on targeted advertising – which again highlighted the work the industry needs to do to ensure that audiences are served digital experiences that they engage with and genuinely enjoy, often on a very case-by-case basis.

The jam-packed day also involved a series of roundtables in which delegates were invited to discuss key challenges around topics such as how media owners can collaborate; issues around recruitment, retention and development; and data – all under Chatham House rules. To top it all off, Digital Britain concluded with an evening of drinks and networking, at Lock 91, a short stroll from the venue in the heart of the City.

Thank you to Digital Britain partners Verizon Media, Teads and Prolific North for their support. 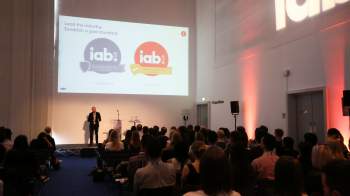 This Spring saw us travel on what was the hottest (yes, hottest day of 2018!) to Manchester to host Digital Britain 2018 at Bridgewater Hall.