Why less can be more when it comes to digital advertising

Richard Poustie, Chief Executive of Kantar Media, UK and Ireland writes about the digital industry and explains how companies need to come together to make changes.

Despite ongoing global economic uncertainty, the digital advertising industry remains remarkably resilient. Contrary to expectations, the industry is undergoing a period of growth. The IAB’s own Half Year 2017 Digital Ad Spend Study released earlier this month revealed that digital ad spend in the UK grew 14% to £5.56 billion in the first half of 2017.

Reading the top-line figures, it seems that all is well in the world of digital advertising, but take a closer look and the picture isn’t quite as rosy as it might first appear.

Technological advancements have enabled advertisers to target their customers through multiple channels at all hours of the day and night, and as evidenced by the increase in digital ad spend, brands are taking full advantage of this capability. With this in mind, DIMENSION – an extensive study published earlier this year by the team at Kantar Media, which surveyed 5,000 adult consumers and 40 industry leaders from around the world - brings to light some worrying insights.

Targeted advertising – all that glitters is not gold

According to our research, consumers feel over-targeted by brands across all channels and devices and are increasingly aware of the ways brands try to influence how they think, feel and act.

The idea of the ‘always on’ consumer might be appealing to brands, but in reality, it is a double-edged sword. While the majority of consumers are open to advertising in their lives - with 22% of all respondents globally saying they like advertising, and a further 46% saying they aren’t bothered by it - when we look at how consumers are targeted by advertising, things are less positive.

Almost three quarters (71%) of consumers surveyed by Kantar Media said they had seen the same advert repeatedly, and 41% said they are often shown online advertising that isn’t relevant to them.

When we compare consumer attitudes to digital advertising with attitudes to print advertising, this issue becomes even more apparent. 13% of consumers said they disliked seeing adverts in newspapers and magazines, just over half the number that disliked being shown adverts in news and articles online (24%) or on online TV (29%) and video services (30%).

It’s clear that despite the huge increase in digital ad spend, targeted online advertising isn’t always generating the positive consumer response desired by brands. And with brands lacking the ability to consistently measure the impact and effectiveness of their advertising across channels, relationships with customers are being put at risk of irrevocable damage.

You need look no further than the moves made by both Unilever and Proctor & Gamble – respectively reducing their digital advertising budgets by 41% and 59%, between January and May this year, compared with the same period in 2016 - to see where the digital ad industry could be headed if the current situation continues.

Practicing the art of absence

Rather than taking drastic measures and risk putting the recent growth of the digital advertising industry in jeopardy, advertisers need to consider employing alternative methods of measurement to help properly understand the effectiveness of their strategies. Measuring a campaign’s success by reach is missing the point if the advert doesn’t reach the right consumers.

With audiences tiring of being bombarded with digital content - much of which is irrelevant to them - brands need to rediscover the “art of being absent” and relinquish the fear of not always communicating, to build more meaningful relationships with their target consumers. This can only be achieved by ensuring the content they are serving is both evocative and relevant, reaching the right consumers in the right places at the right time.

In order to maintain the current rate of growth, the digital advertising industry needs to come together to make these changes; prioritising consumer preferences and requirements. Using holistic measurement tools which reflect the multi-channel nature of advertising campaigns, brands can truly understand how their content is being received – and perceived – by their audiences, enabling them to tailor it in response, putting an end to customer fatigue resulting from poorly targeted, repetitive online advertising. 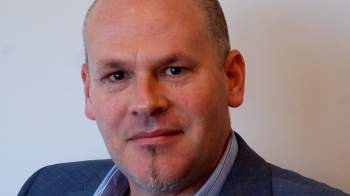 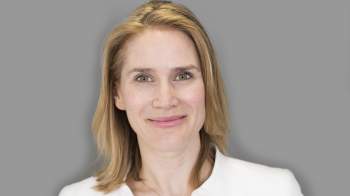 How brands can successfully engage with the over 50s

Anne Benoist, Group Director at Kantar Media’s Insight Solutions, writes about the over 50s and how they can be successfully targeted.