The robots are coming

It was hard to avoid robots in Cannes this year. Fern Miller, CSO, International, at DigitasLBi, reflects on what it all means.

The participants of the Cannes Festival of Creativity seem to spend as much time each year worrying about looming threats to the role of creatives as they do celebrating their work. In recent years the threat has been data. Panels of creatives and influencers have been grappling with themes like “Data vs. Creative”, “Will Programmatic kill the Big Idea?” and “Data: WTF?” as we all consider the impossible idea that the gut instinct of a human in a Soho office could be replaced by some evidence-based approaches.

But this year the data bogeyman has grown a face, and it’s all about robots. PHD Worldwide brought along Olly the Robot to consider, “Is the future Robot Shaped?” Adobe assured us that Sensei would offer AI-enhanced creativity. Deeplocal described how to “build Robotics at the speed of advertising”. And we at DigitasLBi brought our own robot too, a young lady called Ginger, whose owner, Dr Heather Knight, talked to our International CCO, Chris Clarke about the inspiration for this stand-up comic in robot form.

Meanwhile Publicis Groupe CEO, Arthur Sadoun, announced the audacious move to redirect next year’s Cannes budget to build “Marcel”: an AI platform designed to offer everyone in Publicis access to the Groupe’s people, details and data required for any project. This suggests that even if Robots aren’t yet replacing creative directors, they can replace large amounts of the work performed by admin staff.

On Monday, SapientRazorfish’s Global ECD, Christopher Follett, presented a number of examples of the ways in which cognitive technology can provide creative solutions including automated brand identity design from logojoy.com and music production from jukedeck. It would be complacent to imagine that there is no future for sites that offer a basic brand expression for a few dollars which would ordinarily take months to commission from an agency. We have made buying our services rather difficult, and if we can’t persuade a client that the value of a handmade product is worth the effort and cost then we should expect more of these platforms to erode our market.

However, the value of handmade work is still evident. Truth be told, the logojoy is a tool for selecting from a fairly standard set of font, colour and gif arranged in a standard order. And Jukedeck’s Chinese menu of library music is unlikely to be worrying many major artists. In both examples, the use case is equivalent to Squarespace – getting a new brand up and running, and empowering start ups and smaller businesses to be liveried as well as the larger businesses they are competing against. Differentiation amongst more established brands will still involve more creative approaches, more surprises and better detailing.

Dr Heather Knight told us that she doesn’t see robots replacing humans, but replacing screens. It’s about conversational agents allowing us a freer and more natural interface with digital services. Perhaps robots frighten us because brand marketing has been so heavily geared toward a visual expression. How a brand sounds is less of a preoccupation than what it looks like as case studies are presented in video format. How we will begin to express what makes our brands unique when they are talking to us is less chartered territory.

The brilliant AiMen work for Canal+’s “The Young Pope” demonstrates that a well-defined character, with a single-minded purpose can be the foundation for an automated conversation that cuts through and creates a reaction. But to be fair, they were working with God and the Pope. If your brand doesn’t happen to have the Almighty in its arsenal, the task is greater.

Which seems to be a useful task for all those creatives who find themselves with some spare time now that they are no longer knocking out moderately presentable creative assets. If they are the calibre of creative brains that are reasonably expecting to continue to visit the Riviera in search of gold, then they should be up for it, right? 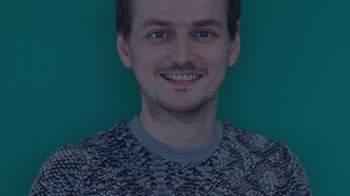 Unleash the power of data 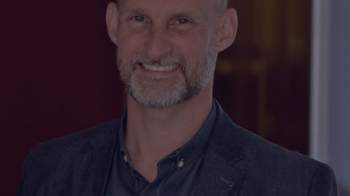 We need to talk about data – and it’s emotional

The importance of building public understanding of the data economy 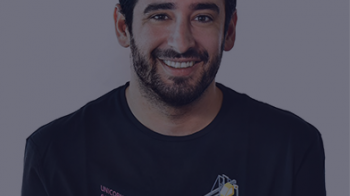