Rich media is ushering in a creative renaissance in digital

David Simutis, Product Marketing Manager at Sizmek talks about rich media and how the levels of creativity will improve as advertisers make use of more data signals and use better tools.

Around this time last year, the digital advertising industry began to see the warning signs that Flash had a limited life expectancy. This was big news, as the display ad industry was practically keeping Flash alive -- a report from encoding.com shows that despite Flash use declining to 6% in 2015, one of its primary uses is still in banner ads.

Many advertisers acted hastily, transitioning from Flash to HTML5 for all their rich media ads. For a while, the move was more triage than triumph, as advertisers merely wanted to ensure that their ads still worked, and didn’t invest time or creative resources to use the technology to its fullest potential.

The industry is finally past that transitional phase, and we’re now seeing great ads created in HTML5 by brands large and small, across desktop and mobile. An effective ad isn’t just technological innovation or pretty imagery, but also relevant and unique due to advanced data capabilities that allow advertisers to better reach their consumers. We’re in the early stages of an advertising creative renaissance, and rich media is the force driving this new era.

It might feel odd to say that rich media is leading to something new in digital advertising because it’s one of the building blocks of the industry. At their core, rich media formats are interactive, with content that users can consume and engage with, all without leaving the site they’re browsing. It would almost be easy to forgive advertisers for taking rich media for granted, as the format is older than social, video, native, the entire mobile channel, and programmatic delivery.

But rich media remains one of the best ways for advertisers to deliver a message to a consumer in a context that fosters engagement. Rich media is a close corollary to TV, in that it presents the ad message without removing the consumer from their current mindset. If a new action movie wants to target males to raise awareness, it makes sense for the film’s agency to buy ad time during the UEFA Champions League. That same strategy taken online would mean buying directly from BT Sport.

That’s easy to understand, but this is where digital and traditional execution tends to split. Digital ads still often try to drive a consumer to another page to watch a preview or interact with additional content. This strategy of running ads that say “click here to view the preview” is tantamount to asking a consumer to change the channel on TV to watch an ad. It’s simply not effective.

Rich media solves this by providing consumers with additional relevant content in the environment where they choose to be, whether that content is a video, a game, a photo gallery or product gallery. Asking anyone to leave a website to view this is a mistake, and the numbers bear it out – people simply don’t click ads. Any brand that has content that they want to put in front of potential customers – whether that content is dynamically rendered, live Tweets, or TV spots – can use rich media to deliver content precisely to the audience they want to reach.

HTML5 makes this even easier. Advertisers can now build a responsive rich media ad once in HTML5 and then deliver it across all devices, including mobile. This means more time can be spent on the creative itself, rather than the coding. No one went to design school and became a creative developer to resize creative or build static ads. They did it to use technology to tell cool stories, and that can be done in rich media. The challenge is for the people with purse strings and the people in the creative shops to get on the same page.

Maybe the people with the purse strings have forgotten or were never told that rich media interaction rates are multiple times what the humble clickthrough rates are, and even click-through rates benchmark at double what standard banners rates are. Sure, there are formats and instances where this isn’t the case, but it’s called interactive advertising, and when you count the interactions side by side, the revenue-rich media draws in will speak for itself.

Of course, that is the part that’s really changing in this creative renaissance. When advertisers develop creative with their campaign KPIs in mind, they can deliver messaging that actually drives performance. And they can ensure that they only deliver those messages to the right audience as well. Better data capabilities and targeting tools have pushed rich media past the point where consumers are merely retargeted based on a pair of shoes they looked at. Instead, brands can deliver ads that use additional data to deliver a personalised, relevant message. For example, a shoe brand could realise it’s raining in the consumer's physical location. Rather than use retargeting, they could serve an ad for rain boots, complete with videos of the boots. This isn’t a creepy, bland ad that follows the consumer around the web – it’s an eye-catching, creative agency developed brand message that captures the consumer’s attention.

Catching the consumer’s eye is the point of advertising after all, and that requires memorable messaging. Interactivity and engaging content allow advertisers to deliver a brand experience every time they reach a consumer. As advertisers make use of more data signals, better tools to tell stories and more time to write those stories and creative executions, the level of creative will only continue to improve. 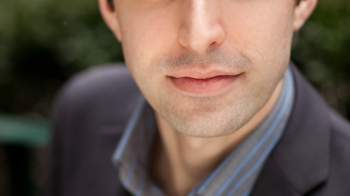 John Douglas, Product Strategy Director at Sizmek, writes about attention and how it's increasingly difficult to gain in digital 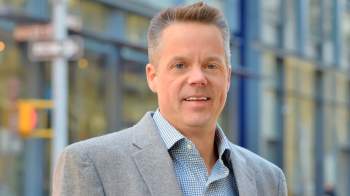 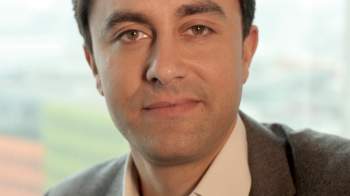 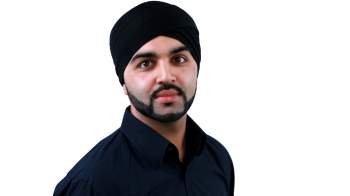 Carrier intervention into ad blocking: Are the rewards worth the effort?

Tej Rekhi AVP, Programmatic Product Strategy at Sizmek writes about ad blocking and questions whether it's worth the mobile providers effort.