The emerging market of gaming: What defines this exciting trend?

The last few years have seen some ground-breaking developments in video game marketing. A growing number of household brands are throwing out the established rulebook in favour of pursuing new and experimental ideas within the gaming sector, and for good reason. The UK gaming industry was worth £3.86bn ($4.85bn) in 2018; that’s more than the video and music industries combined, and with 10% growth in 2019, this trend doesn’t look to be slowing down any time soon.

But how can we make the most of this growing specialism within digital advertising? Firstly, as with any developing market, it is important to understand the key principles on which it functions.

Gaming differs from other entertainment forms in that the experience is inherently reliant on user interaction. This requires a far higher level of engagement with the content than, for example, a TV series. What this means is that user experience must be maintained as a priority throughout. When branded content fits seamlessly into a game’s mechanics, it enables the user to continue racing their friends, slaying a monster or scoring a goal, all whilst simultaneously exposing them to branded content.

A great example of this can be seen in Rocket League’s recent brand deal with Netflix’s Stranger Things. This deal introduced new ‘Upside Down’ themed maps, accessories and music in anticipation of the arrival of the third series of Netflix’s most popular original series. This technique was able to enhance the user experience by adding additional featured content and successfully conveyed Netflix’s central message to a user base of millions in a way that felt unobtrusive and natural.

However, brand deals in the gaming sphere aren’t just limited to in-game one-offs.  A survey of Korean gamers found that they spend an average of over three hours a week watching other people play video games online. The eSports market has become increasingly popular for advertisers due to its relative familiarity and its huge surge in viewership over the last few years. In 2019, the likes of BT, Nike and Louis Vuitton joined traditional mainstays such as Lenovo in sponsoring eSports teams, events or clothing, signifying a shift to the mainstream within the sport. Again, this can be seen as a successful application of brand marketing through enhancing content without sacrificing the consumer experience.

At this point, you could be forgiven for thinking that gaming’s marketing potential boils down to large brands making large brand deals. However, this is not the case. One gaming marketing company, Bidstack, have recently launched a new programmatic platform to integrate banner ads in-game for titles such as Football Manager 2020, DiRT Rally 2.0 and GRID. This tool gives buyers the chance to advertise in-game on pitch-side and track-side advertisement boards.

Creating genuine advertisements in the spaces where video-games are trying to mimic genuine advertisements is such a perfectly simple yet incredible idea that one can’t quite believe it has not been done before. It’s easy to see how similar concepts could be used in industry-leading games, like the FIFA, Gran Turismo and Need for Speed series, and thus open up a new potential advertising market of millions.

The world of video-game advertising is constantly evolving, and new and exciting innovations are commonplace. If this industry can continue its trend of finding innovative and engaging ways to integrate marketing into content, both in-game and cross-media, then there is huge potential for it to finally break into the mainstream in the coming decade. 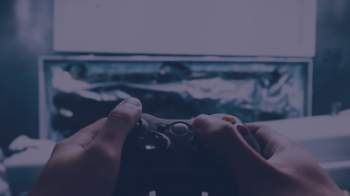 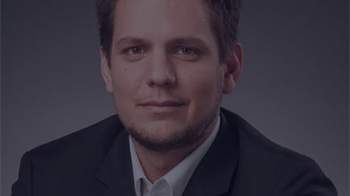 How Your Brand Can Reach Gen Z Through Games