Now we’re firmly in the new year, the IAB's Marketing Manager, Caroline Manson thought it would be a good time to look back at the past year and pick out a few of her favourite adverts from 2016.

1)Burger King - #WhopperExchange: This Burger King ad was published on Christmas Day highlighting an issue we’re all well aware of – the bad present. In the ad, they offered the viewer the chance to swap their rubbish present for something everyone wants: a Whopper Burger and showed which store was offering the deal. Funny and timely. Well done.

2)NHS Blood and Transplant - #MissingType: I’ve raved about this campaign before, and I’m going to do it again. I love it, it’s for a great cause and was so successful in the first year they did it again with a whole international campaign – brilliant for the digital age.

3)Coca-Cola - Holidays are Coming: I loved this campaign over Christmas, it was a perfect example of bringing TV and digital together to increase awareness. Essentially you retweeted their tweet and they tweeted to you when the ad was about to air. Unfortunately, I was watching Netflix and didn’t want to turn over when it aired, but at least I knew it had aired and Christmas had begun. For more info, check out this blog. 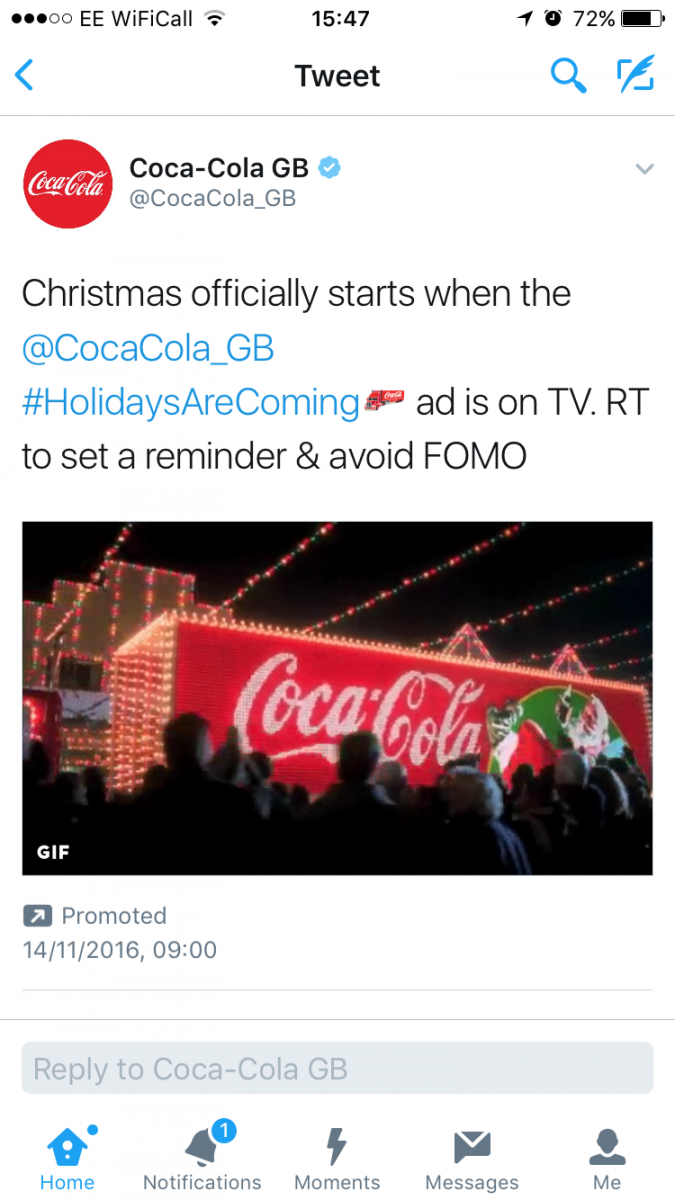 4)Netflix - Black Mirror: Netflix ran a great display campaign (that I didn’t see, but I heard about it) targeting adblock software users to raise awareness of their dark futuristic (but not that futuristic) fictional series Black Mirror – a show that I feel would appeal to quite a few adblock users. 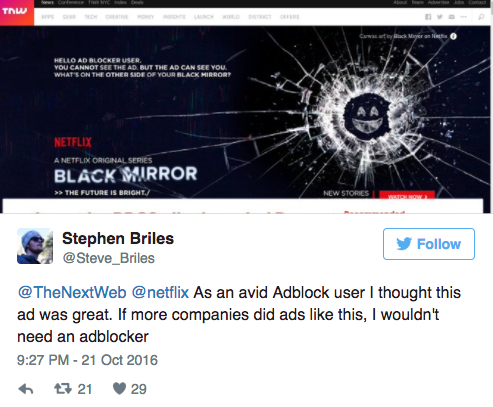 5)Reno Depot - The Cursor: The ad essentially matched the colour your cursor was on to a SICO paint colour within the digital MPU on screen. Very clever and thinking outside the box – literally.

6)Hotels.com - Taking Ad Skipping Literally: Hotels.com worked with Channel 4 to produce this ad which offered users the opportunity to “skip ad”, but when pressed the characters within the ad started skipping. To find out more you can read a blog from Alex Kozloff, or see what they had to say at our Video Conference at the end of 2016.

7)Netflix - The Friendly Pre-roll Campaign: If I ever say otherwise, let it be known that FRIENDS is my favourite TV show ever, of all time, so this was an instant winner for me. Ogilvy Paris cleverly matched classic ‘Friends’ clips to related videos on YouTube. If you don’t like it then your opinion is like a cow’s opinion. It doesn’t matter. It’s moo. Because this is just kick-you-in-the-crotch, spit-on-your-neck fantastic.

8)BMW M2 – Eyes on Gigi Hadid: BMW made a strong entry into the 360 video space with this campaign which challenged users to keep an eye on the car that Gigi Hadid was in as it weaved between identical M2 Coupés. They did a series of videos, one static one which was near impossible to get the right answer, a 360 degree video and one which kept an arrow over the top to show you which car she was in. It was a very clever use of all digital devices have to offer and kept people coming back for more.

10)Heathrow Airport - Coming Home for Christmas: This was my favourite Christmas ad of 2016. Two bears travelling through Heathrow Airport might sound a bit dull but it’s anything but – with a lovely ending. 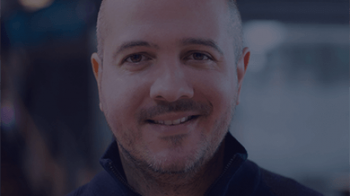 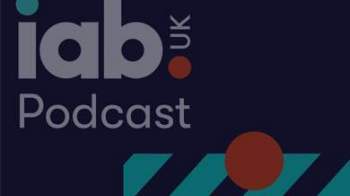 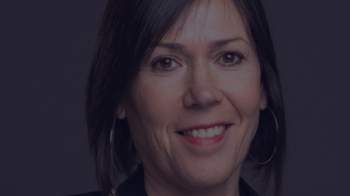 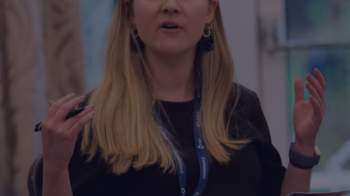