48 hours in Cologne - a whole lot of adtech, data and discussion

As a Dmexco newbie, I was slightly unsure what to expect as I arrived at the whirlwind tech highlight of the year. My expectation that this would be a mash up of ATS and Mobile World Congress wasn’t far off, however this was undeniably a tech-led event, and unlike MWC (which has been invaded by the growth in adtech over the years), Dmexco was very much technology first. It is a hugely impressive event with every key established global player in attendance, but there was also plenty of room for the newer start-ups to show off their wares. It was also nice to see the IAB UK making its exhibitor debut in Hall 6, representing the UK digital market.

So what was Weve doing at Dmexco? Earlier this year, we announced our move into the fast moving world of programmatic in conjunction with our partner Axonix. Axonix enables brands and clients to access Weve’s verified first party segments programmatically for the first time. We are delighted to already be working with several DSPs including StrikeAd,  and this was a chance to discuss plans and potential partnerships with other adtech companies, from SSPs to DSPs, other data providers and of course the agency trading desks.

Dmexco tends to turn into something of a speed dating event, meeting back-to-back with numerous companies in a 48 hour window. While easy to argue that many of these meetings could happen in the UK, there is something undeniably easier and more efficient about doing business when you condense customers, partners and prospects into one location, focussed around 48 critical hours.

Unlike MWC where many companies hold back announcements, there were certainly a few key themes that arose again and again in meetings.

1.     Mobile is critical. Clients, agencies, publishers…everyone, in fact, needs access to customers on mobile platforms. Mobile is where people are spending their time, so it is no longer acceptable just to dip your toe into mobile; its mobile first, desktop second, whilst also keeping an eye on connected smart TVs. There is, however, an interesting debate on app v web. Apps kill it on consumer time and usage but remove Facebook, Google and Twitter app usage from the stats, and it’s a different story, so cross platform and app/web joined-up customer views are critical.

2.     Content curation and destination are a key focus. AR/VR are exciting and there are increasing examples of brands using this to engage end consumers, but the importance of video for the media industry continues to grow. Dmexco highlighted how many players are already in this market, as well as new entrants, and the small handful of companies who are currently dominating this space.

3.     Not all data is created equal. Clients, agencies and publishers want quality data, as the brand risk of wastage, fraud or just serving the wrong ad to the wrong consumer is too high. With GDPR around the corner, the importance of consent is gaining momentum. Verizon, Telenor, Singtel and Telefonica all have significant roles to play in this space as they bring quality insights into accessible digital channels.

4.     Facebook and Google are making it tough for everyone. I don’t remember a conversation where their success wasn’t cited as a business challenge. They continue to dominate the growth in mobile and digital as a whole.

5.     Everyone is looking for an angle and a place to play. Without a USP, you sound ‘vanilla’. Anyone that ‘sounds like everyone else’ is in a risky space, so you need a point of difference and there are already casualties in 2016.

The other significant news over the last few days is that AdBlock Plus, the ‘self-proclaimed saviour of the consumer’, has announced it will become an ad network, “bringing great ads to the nation”. A slightly ironic positioning for a business sector that has cost publishers billions now coming to save the day for publishers. Dmexco was, however, used as a platform for the announcement of a coalition to tackle the need for adblockers, supported by some of the biggest names in the business, including Google, Unilever, and P&G. If, like me, you are slightly skeptical on the motives of AdBlockerPlus, this can only be a good thing, and it is great to see the IAB backing the initiative and sticking to the widely accepted LEAN principles.

Overall, it was a fascinating first visit to Dmexco for me. I loved the pace, ambition and excitement around our sector and feel excited about the next 12 months…before we head back to Cologne and another intense but productive 48hrs. 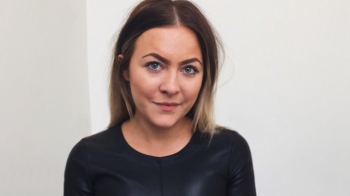 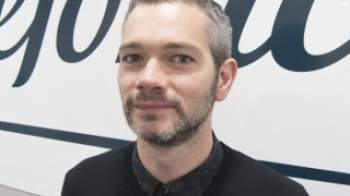 How retailers can use mobile data to help drive shopping behaviour