Speaking of a digital world which looks ‘shiny, bright and full of promise’ but faces challenges around fraud, poor viewability and brand safety, Hugh announced that The Telegraph’s ‘joined up, company wide’ strategy will provide an attractive destination for advertisers.

Having joined from Yahoo in January of this year, Hugh is heading up the media owner’s first brand campaign for ten years. Referring to its strapline, ‘Word are powerful. Choose them well’, he said that in a world in which there are more sources of news than ever, the need for quality and trusted journalism has never been more acute.

The Telegraph plays a vital role in society, he went on - perhaps more so now than ever before, in its 162-year history. And, pointing to the many challenges as well as opportunities in the digital advertising landscape, Hugh spoke about a move towards ‘identifiable, logged in customers’, before introducing to the stage a number of key members from The Telegraph’s leadership team.

“Trust, quality and reputation … can be lost in 162 seconds,” he said – pointing out that scale can be ‘the antithesis of quality’, and announcing The Telegraph’s intention to increase investment across six key content areas: politics, sport, luxury lifestyle, money, travel and the business of technology. Fostering highly engaged, ‘known’ customers will also drive a ‘sea change’ in the brand’s data capabilities, to the benefit of both customers and advertisers, he claimed.

Next up was Dora Michail, The Telegraph’s managing director of digital. Speaking of the 27.2million visitors a month that the media owner attracts, she pointed out, too, that the brand reaches more than 52% of the UK population.

“As we take our editorial strategy forward – focusing on content, community and customisation,” she said, “journalists will be considering the best way of telling stories.” Whether that’s via a Facebook Live event, Snapchat, a video or a print article, Michail told the audience that The Telegraph’s journalists are starting to ask these questions as a matter of routine. She also described the renewed focus on ‘the business of technology’ as ‘perhaps the most exciting opportunity’. “We want to own the London tech scene,” she explained, before introducing Jim Freeman, The Telegraph’s MD of advertising.

Freeman said that the publisher is promoting a culture of transparency. “We are as near to 100% fraud-free as you can get,” he claimed, listing a range of fully in-view ad formats offered by the publisher.

“One second just isn’t enough,” he went on in reference to viewability, claiming that research has found that brand recall is significantly increased when an ad is in view for in excess of five seconds. He also unveiled The Telegraph’s new ‘scrollable’ MPU which he said fits ‘seamlessly’ with users’ actions on the page. What’s more, with the launch of iOS 11 Freeman said that, from November, The Telegraph is offering advertisers the opportunity to advertise on the home screen of an iPhone, for the very first time.

Matt Cory, who heads up Spark, The Telegraph’s sponsored content team, then painted a picture of an adscape in which poor brand content has led to a lack of trust. With branded content significantly more labour intensive than traditional ad campaigns, he underscored - once again - the need for quality content. “If we control the inputs, we should control the outputs,” he went on, pointing to Spark’s ‘clarity reports’ for advertisers. “And that’s not just The Telegraph… but every digital publisher.” As such, from 1 January 2018, Cory said that The Telegraph will add yet more detail to its ‘clarity reports’ for advertisers, as well as guarantees of seven-second viewability standards. 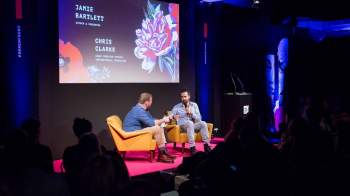 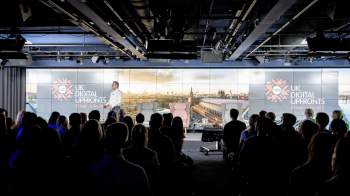 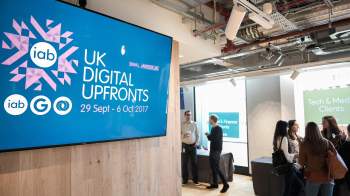