Q&A: What does an HFSS online ad ban mean?

From what food and drink is caught by the ban to how it could impact you, we answer some of the most pressing HFSS-related questions

What has the Government said?
The Government has said that it will introduce a 9pm watershed on all ads for High Fat, Salt and Sugar (HFSS) food and drink products, online and on TV, by the end of 2022. However, it wants to go further online and will also be holding a consultation on implementing an outright ban of HFSS ads online instead of a watershed.

Why is it making these changes?
The advertising bans are part of a wider drive from the Government to tackle the UK’s rising obesity rates. The Government has had various plans in the past to address obesity and has decided it needs to do more as a result of the COVID 19 pandemic. The new ad measures are intended to  ‘shape the marketing to our children’, hence the 9pm advertising watershed. However, an outright online ad ban would evidently extend this to everyone.

So does that mean a ban on all online ‘fast food’ ads?
Yes, but it’s not limited to what people might typically consider to be ‘unhealthy’ food. Fast food such as takeaway pizza and burgers would be in scope, but also things such as soup, fruit juice and smoothies, crackers, rice cakes, bacon, pesto, mayonnaise and honey. Some of these might be able to be reformulated to be non-HFSS, but many can’t. It wouldn’t just be brand ads for products, it would also affect supermarket ads - such as for Christmas dinners -  and potentially marketing of shops, food outlets and takeaway services.

What is the ad industry’s reaction?
Trade bodies across the ad industry have condemned the Government's proposed ad ban as “unwarranted” and “draconian”, and called for the Government to be led by the evidence, which doesn’t show that a ban would address obesity. Industry bodies including IAB UK, Advertising Association, ISBA, IPA, AOP, PPA and the NMA have sent a joint letter to the Prime Minister expressing these views and calling for a proportionate approach to the issue based on robust evidence. You can read IAB UK’s full statement, which was also sent to the Government, here.

Is the IAB saying that online advertising doesn’t work?
No - but obesity rates aren’t an indicator of whether food and drink advertising is working. We have plenty of evidence to support the effectiveness of online advertising, and in the vast majority of cases, in a market like this, advertising is designed not to grow the market, but to grow brand share. Our point is that the Government hasn’t been able to demonstrate that going beyond the existing restrictions and banning HFSS advertising entirely  (for adults and children alike) is the right solution to such a complex and multifaceted issue as obesity.

The Government says children are bombarded with HFSS ads - isn’t that a problem?
The facts don’t support that view. Recognising that children are at greater risk of ‘harm’, industry bodies (through the Committee of Advertising Practice - CAP) reviewed the evidence relating to the impact of HFSS ads on children. Subsequently, new rules were added to the CAP Code in 2017 for all non-broadcast media. These mean you can’t advertise or market HFSS products in children’s media or content; you can’t target child audiences in other media; and your ad or marketing content can’t appeal to children. As a result, the evidence suggests that children’s exposure to HFSS ads is low - AA research showed that under-16s see less than 0.5 seconds of online HFSS ads per day, per child, and ASA research and rulings show that breaches of the rules are rare and often a result of human error.

What does the evidence show?
No evidence has been produced to show that an outright ban of HFSS ads online would be effective at reducing obesity rates. The Government's own Impact Assessment from 2019 calculated that a TV and online watershed would reduce children’s calorie intake by just 2.28 calories per day, per child. That’s less than half a Smartie. This falls to just 0.3 calories when looking at just an online watershed, while the evidence of any beneficial impact on adults was described by the Government as “inconclusive”. The existing restrictions on TV ads, that have been in place longer than online, show significantly reduced ad exposure yet there has been no reduction in child obesity rates.

OK, but doesn’t the industry have a part to play in reducing obesity?
Yes, and that’s why we took action in 2017 to put in place additional restrictions. Children (under 16s) are protected wherever and whenever they are online. But an outright online ad ban is not a decision that should be taken lightly. Regulation should be proportionate to the likely ‘harm’ that will be caused. Banning advertising of any HFSS product online - including food products such as gravy, sandwiches and oatcakes - stands to have a big impact on the digital ecosystem without delivering any meaningful benefits. It could also mean that small businesses - over 60% of whom currently use digital advertising - can’t run search or classified ads or use social media for marketing. At a time of tentative economic recovery, the impact of the measures proposed needs to be weighed against the benefits - which are currently unproven.

So it won’t just be online display advertising that’s banned?
While the details of the ban and what forms of online advertising it will encompass are yet to be detailed, we expect that the Government will closely reflect the scope of the CAP Code and the ASA’s remit when it comes to online advertising. This includes search, social media posts, brands’ own websites, video on demand services, blogs and vlogs, ads on music streaming services and listings on third-party retail platforms such as Deliveroo and UberEats.

How do I find out more?
If you're a media owner, platform, publisher, ad tech business, agency or advertiser the Government’s plan stands to impact you. IAB UK members can find out more about the ban and next steps by watching back the video of our Member Forum held on Wednesday 5 August. IAB UK’s CMO James Chandler and Head of Policy and Regulatory Affairs Christie Dennehy-Neil were joined by Jem Lloyd-Williams, CEO of Mindshare UK, Sue Eustace, Director of Public Affairs at the Advertising Association, Karim Palant, UK Public Policy Manager at Facebook and Ben Walmsley, Commercial Director of Publishing at News UK to discuss the details and take your questions. Members can view here and ready the write-up here.

We expect the Government to release a more detailed proposal on the ban later in the year. Stay engaged with the IAB for updates. 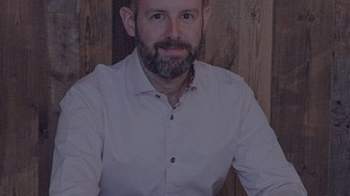 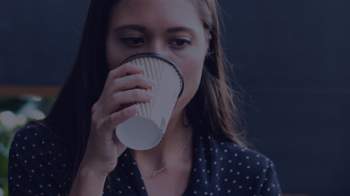 A version of this statement has been sent to the Prime Minister and the Department for Digital, Culture, Media and Sport 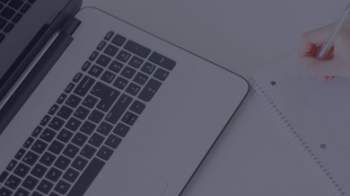 Ad industry unites with joint letter to PM on HFSS

IAB UK joins other industry bodies including the Ad Association, ISBA, IPA and NMA to call on the Government to not implement draconian advertising...