Its range of inspiring presentations, entitled ‘Stand out; Stand up’, was designed to deliver a ‘challenging, thought-provoking and emotional journey which could change the way you think about advertising, your career, and the positive impact you as an individual can have on the world’.

Facebook’s Pete Buckley kicked off with a presentation entitled ‘Attention Unmasked’ which called into question the long-held belief that advertising is about persuading people in rational ways.

He pointed to the so-called ‘attention economy’ which he said has shifted more in the past four years than in the last 100. With the reach of commercial television in decline, falling print revenues, the growth of platforms like YouTube and subscription driven services such as Netflix and Spotify, Buckley claimed that ‘the more quantifiable nature of digital has shined a light on how advertising has always worked’.

But he added: “Whichever channel you look at, attention for advertising is fleeting … in most cases it is just a glance.”

Buckley also gave the example of the iconic Coca-Cola bottle, for which he said that the design brief – back in 1915 – was for something so distinct that it could be recognised by touch in the dark, or even when lying broken on the ground.

“You should aim for the same with your brand,” he said, advising marketers to ‘use their distinctive assets, distinctively’, to call upon the power of surprise, and to make the audience ‘feel something’.

Next up, Gary Vaynerchuk, CEO of VaynerMedia and self styled GaryVee spoke further on the theme of capturing consumer attention. “I would implore you to watch the first 100 commercials made for television,” he said. “They were radio ads.”

“We have a very weak creative conversation around the new channels because we come with the perspective of the old world,” he added.

Vaynerchuk went on to warn about ‘all the creative vanilla that doesn’t get anyone to do anything’ before urging the audience: “If you want to win creatively make something that’s good, that people want to watch.”

Two very different presentations followed, focused on the power of the very many genuinely meaningful groups which have emerged on Facebook – communities which have grabbed the attention of their audience and led to positive change. Firstly, travel writer, professional adventurer and founder of SayYesMore Dave Cornthwaite spoke about the power of saying ‘yes’ more.

“People need to focus on what makes them tick – not other people,” he told the audience – describing how he built a ‘yes’ tribe, followed on social media as well as more widely, which supported people in quitting their jobs in order to fulfil dreams, whether travelling the world on skateboard or setting up social enterprises.

Last but certainly not least was Josie Naughton, who managed to build a social movement which led to the creation of ‘Help Refugees’, a charity which has helped thousands of people around the world.

“I was always putting articles on Facebook then it struck me that just putting the link maybe wasn’t enough,” she said.

Describing the growth of Help Refugees from a hashtag into an aid organisation which has helped over 700,000 people, Naughton said that this magic happened largely thanks to the creation of Facebook groups. “It was just people power,” she said. “And it was so incredible to see.” She added that it is her belief that crowd funding has come about largely thanks to social media.

Help Refugees is now three years old and has raised and spent £13m helping people in the most difficult circumstances, all around the world - a lesson in how to get people’s attention in meaningful ways, if ever there was one. 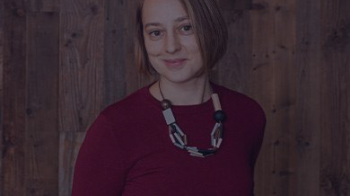 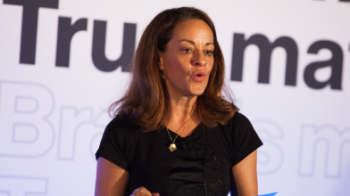