Bodyform is to be the first feminine hygiene brand to show blood in one of its adverts rather than the blue liquid that is usually used, helping to break down taboos.

Feminine hygiene brand Bodyform is to be the first to show menstrual blood in its adverts.

Traditionally, sanitary towel and tampon manufacturers have tended to show a blue liquid to demonstrate the absorbency of their products, but campaigners believe this is only adding to taboos around periods by avoiding the reality of what they involve.

Bodyform has launched a new video campaign that encourages social media users to use the hashtag #bloodnormal, after almost three-quarters (74 per cent) of survey respondents said they would like to see more honest representation in adverts.

The brand is also using the tagline 'no blood should hold us back' for its new campaign.

It is hoped that if more people are talking about periods, there will be greater recognition of conditions such as endometriosis, which can leave some women in severe pain.

Tanja Grubna commented: "We believe that like any other taboo, the more people see it, the more normal the subject becomes." 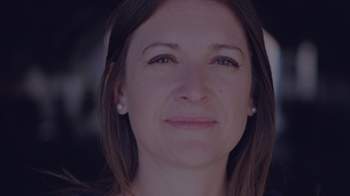 My 2019 mission: Increase diversity in speaking