BBC, ITV and Channel 4 to take on Netflix?

Three major UK TV channels are believed to be in talks about creating a new digital streaming service to rival the likes of Netflix and Amazon Prime.

The BBC, ITV and Channel 4 are believed to be in discussions about creating a new streaming service that would potentially act as a new rival to Netflix and Amazon Prime.

US-based NBC Universal is also thought to be involved in the talks, which are believed to only be in their early stages, but could see the TV-viewing landscape transformed in the future.

A source explained: "All options are open, they are early conversations and no direction is firm yet.

"But they know a video-on-demand platform play would be a true defence for the UK creative industries."

Figures show that 8.2 million people currently subscribe to Netflix in the UK, and 4.3 million households are signed up to Amazon Prime, so it is clear to see why the nation's major TV channels want to capitalise on this expansive audience with a new streaming service of their own.

The way that people watch TV is evolving, and the BBC, ITV and Channel 4 need to recognise this and change with the times if they want to hold on to their audience. 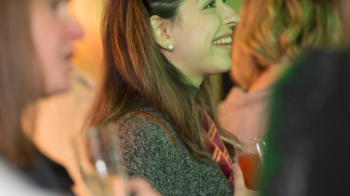 Craft beer brand BrewDog has announced that it will be launching its own video-on-demand service filled with food and beverage-themed content.