Apple customers are being given the chance to turn themselves into unique Bitmojis, thanks to a new feature introduced as part of its recent iOS 12 update.

Known as Memojis, the fun animations allow smartphone users to transform an picture of their face into an animated digital image, taking the now old-style Bitmojis to a whole new level.

Previously, people have only been able to animate existing images in-built within the app, so this brings a new element of personalisation to emoji-style characters. Apple users can now transform their faces however they like to create their own avatar, rather than being limited to a few choices.

New Animoji characters have also been rolled out as part of the latest iOS update, with options now including giraffes, koalas and tigers.

The new Memojis will be able to take part in Facetime chats, and users will also be able to apply stickers and filters to them to customise them further. 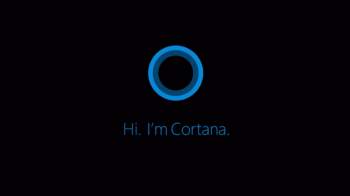 Microsoft's Cortana virtual assistant could be set to appear on iOS and Android devices later this year, providing extra competition for solutions such...