Tech giant Apple has become the first public company in the world to be worth $1 trillion - equivalent to around £767 billion.

Apple achieved this milestone last week (Thursday August 2nd), following a day's trading that saw its share values close at a new record high of $207.39 each.

This marks a rise in share values of some 1,100 per cent since Apple's first iPhone went on sale back in 2007. At this time, the company's total worth came in at approximately $106 billion, showing just how much its value has grown over the past decade alone.

In fact, since the brand first listed publicly 38 years ago, its share values have increased by a huge 50,000 per cent.

Tim Cook, chief executive of Apple, remained reasonably modest about the company's achievement, reportedly telling employees in an email: "It's not the most important measure of our success. Financial returns are simply the result of Apple's innovation." 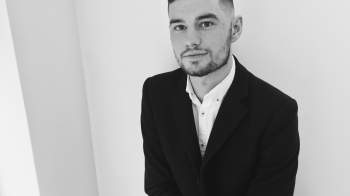 The perpetual cycle of hardware, telcos and mobile advertising

Alexander Ayres, Sales Manager at Weve, takes a look at the role of telcos in the on-going cycle of influence between hardware and mobile advertising.